NEW YORK: Award-winning Malaysian actress Michelle Yeoh (pic), who is also the United Nations Development Programme (UNDP) Goodwill Ambassador, has been given another role by the UN body.

In her new role, Ipoh-born Yeoh will raise awareness and mobilise support for the UN Sustainable Development Goals (SDGs), launched in 2016, to end poverty by 2030.

On the first anniversary of the strong earthquake which devastated Nepal in April 2015, she visited the country to get first hand information of the destruction.

As the UNDP Goodwill Ambassador, she highlighted the recovery efforts in Nepal, and underscored the critical need for disaster preparedness.

“My terrifying experience was when the earth underneath rattled. It made me realise the importance of preparing for disaster long before it happens,” she remarked.

In May 2016, Yeoh, who was involved in several UNDP-related activities, teamed up with a pair of panda cubs, the UNDP's so-called “Animal Ambassadors”, to kick off the Pandas for the Global Goals campaign.

“I joined forces with two adorable panda babies to get the public interested and engaged in supporting the global goals because who doesn't love pandas?!” she said during her visit to Chengdu Panda Base.

“Our aim is to show that each and every one of us can play an active part in reaching a globally shared vision of a future without poverty, inequality or climate change,” she added.

Yeoh has also been putting emphasis on preventive diplomacy in an attempt to mitigate or completely eliminate the outbreak of conflicts.

A few weeks earlier, Yeoh joined a number of world leaders and influential opinion makers at a UN High-Level Meeting on Peace-building and Sustaining Peace in New York, to underscore the importance of preventive diplomacy as the key for damage control and stopping the outbreak of conflicts.

UN officials, pleading for greater diplomatic efforts, dialogue and mediation, called on world leaders to help strengthen a “new approach” for peace sustenance, placing prevention at the forefront of efforts to check any escalation that could result in huge collateral damages to human lives and property, besides uprooting innocent civilians from their homes and leading to a catastrophic displacement of people.

Yeoh recalled how in her UNDP Goodwill Ambassador's role she met many people who were forced from their homes due to conflicts that had become deadlier over the years.

Millions of people worldwide were displaced from their homes, primarily due to violence, and more than half of the refugees were children, often separated from their parents.

By 2030, the target year of the Sustainable Development Agenda, more than half of the world’s poor would be living in countries plagued by violent conflicts.

Despite her UNDP role, Yeoh has not neglected her acting career for which she has won accolades.

One of her eagerly awaited films, Crazy Rich Asians, is due to hit the screen in summer this year. In the movie, Yeoh co-stars with British-Malaysian actor Henry Golding, who was born in Sarawak and is of British-Iban ancestry.

The film, directed by Jon M. Chu, will thus have two Malaysians working together in a major Hollywood motion picture.

Based on Kevin Kwan's novel of the same name, the story revolves around New Yorker Rachel Chu, who follows her boyfriend Nick back to Singapore to attend his best friend's wedding.

Rachel then discovers that he is actually from a rich family, and that her potential mother-in-law is not particularly fond of her.

Yeoh has starred in 30 films, including Memoirs of a Geisha, The Mummy, the James Bond film Tomorrow Never Dies, and the multiple academy award-winning film, Crouching Tiger, Hidden Dragon. 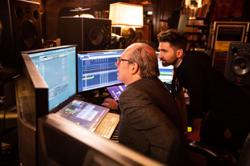