GEORGE TOWN: Another nickname of the ‘Cash King MP’ is “pau kau tim”, Cantonese for “guaranteed to settle”, sources revealed.

In a full transcript which was made available Malaysian Anti-Corruption Commission (MACC) chief commissioner Datuk Seri Mohd Shukri Abdull to the press on Tuesday (May 22) that there was an MP from the north who met with him twice to ask him to stop investigations on 1MDB and SRC International.

“I said I only wanted one thing and please don’t interfere with my investigation. Let me finish it and let the AG settle. He said ‘please Datuk, settle it.’ I told him that if he said that to me one more time, I will arrest him. This parliamentarian is known as King of Cash,” added Shukri.

Several sources said that those who knew the moniker will know who it was straightaway.

“He was not a minister, but he had top-level access to a large public fund.

“He won in the elections and is back in Parliament,” sources added.

He added that with the new MACC chief, “many people will be in hot water very soon”. 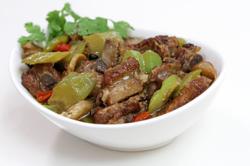