A ‘tax holiday’ for all Malaysians

Tun Daim Zainuddin, chairman of the Council of Eminent Persons (CEP), said the SST would be introduced in between two and three months, giving consumers an opportunity to enjoy buying goods at a reduced rate until the SST is introduced.

He said the rates for the tax have yet to be determined and that the collection should be around RM30bil annually.

“We need a bit of time, you can’t just immediately do it as we need to work out on the mechanism,” he told reporters at a press conference at Menara Ilham yesterday.

The Government has announced that the GST will be set at zero-per cent from June 1 onwards, in line with its election manifesto.

Companies have started introducing offers to consumers to cash in on the GST-free rate even before the tax is rescinded.

Perodua and Proton, for instance, are offering rebates for cars sold before the end of the month.

Based on the offers, consumers will pay lower prices after June 1 or get the benefits through other means if they buy the cars before that date.

Daim is unfazed about the credit ratings that have raised concerns over the new government policies to re-introduce fuel subsidies and waive GST.

“I’m not really concerned about what the credit rating agencies say. In 1998, they downgraded us also.

“Just see what happened in the US, they are given a high rating to the subprime loans but you see what had happened. Don’t worry about them and the think tanks,” he said.

Additionally, he pointed out that the country did not have a GST system previously, and there was no problem.

It is noteworthy that the GST was introduced in 2015 to replace the Sales and Services Tax to boost the government revenue in light of the plunge in global crude oil.

It was reported that RM40bil was collected from GST last year, and that economists estimated that there would be a net revenue deficit of RM11bil for the Government.

Daim said the council would meet with national oil firm Petronas next week to discuss the fuel subsidy.

The Government is expected to pay about RM3bil for fuel subsidy if the pump price is maintained at RM2.20 per litre.

For the past seven weeks, the price of the widely used RON95 petrol has remained the same at RM2.20 per litre, while the Euro 5 diesel was kept at RM2.28 per litre

However, the global oil prices have been on a steady rise, which would see the Government gain an additional income of about RM6bil, assuming that Brent crude oil averages at US$70 (RM278) per barrel.

Daim also stressed that the Council of Eminent Persons would act as advisor to the new government, and that he would not extend his work to more than 100 days. 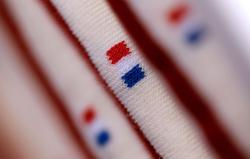