KUALA LUMPUR: The Inspector-General of Police's phone has joined the list of many that have fallen victim to apparent spam calls Wednesday (May 9).

“Earlier this morning, starting from 5am, even my own phone was affected. I believe this is to purposely disrupt the police's monitoring and communication during the voting period.

He added that he believes the spam calls were being made by “irresponsible parties”.

Earlier Wednesday, candidates from both Barisan and Pakatan Harapan said that their handphones had been hacked and were being spammed by calls originating from the United States.

Barisan’s official website also could not be accessed on Wednesday morning.

On the current situation nationwide regarding the elections, the IGP said that so far, proceedings have been peaceful.

Nevertheless, the police, he said, will maintain vigilance to prevent any untoward incidences from occurring.

“We have to be like gentlemen when we receive the results,” he said when asked to comment on the vote counting process later tonight.

On the spread of fake news during the election period, the IGP said police teams were monitoring the situation.

“We are aware of fake news and we have the teams and task forces responsible who are monitoring the reports. The public has to verify what is real and what is fake,” he said. 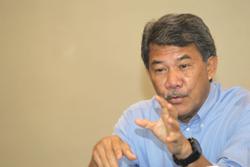 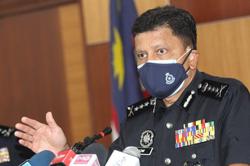