PETALING JAYA: In his first-ever speech since being endorsed by Pakatan Harapan, independent candidate for the Batu parliamentary seat P. Prabakaran says he entered the political arena so the youth will have a voice.

The 22-year-old, the youngest candidate in GE14, told those gathered at a ceramah in Sentul on Friday night (May 4) that he would use Parliament as a platform for youth to be heard. 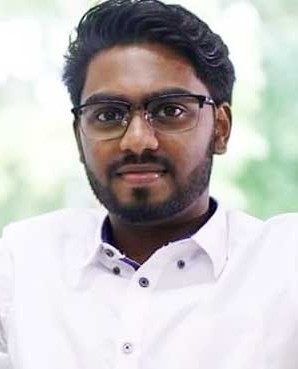 "In Parliament, most are 50 years old and above. We, the youth must conquer Parliament.

"Democracy is not just about voting… I will use this platform for the development of youth, not just Batu but the whole nation," he said in a short two-minute speech.

His inexperience was evident during his speech but he made up for that with raw passion, shouting "where are the youth?"

Tian Chua, who was disqualified from defending the seat he had held for the past two terms acknowledged that Prabakaran was still raw and not fully acquainted with the intricacies of politics, but appeared to be willing to learn.

"When I asked him why he wanted to stand in the elections, he himself was unsure. He said he wanted to enter politics and get a feel of the democratic process.

"He is young and innocent…I like young people who are brave," he said.

Tian Chua also said that despite the circumstances over his disqualification, he would be back one day.

"This is only temporary. We will make an appeal at a higher court until my eligibility as an MP is clear," he said.

A pamphlet featuring Chua and Prabakaran has also been circulating on social media, telling voters to "cross the key for PKR".

The key represents Prabakaran's symbol as an independent candidate which will appear in ballot papers.

Chua, whose real name is Chua Tian Chang, was disqualified by the Election Commission (EC) from being a candidate for the seat on nomination day.

The reason given was a RM2,000 fine imposed on him by a High Court on March 2.