“Our stance is that when we form the government, we will repeal what is deemed oppressive to the people,” he told reporters at the Opposition leader’s office in Parliament yesterday.

Dr Mahathir, who is Pakatan’s candidate for prime minister, did not elaborate on what will replace the repealed laws. 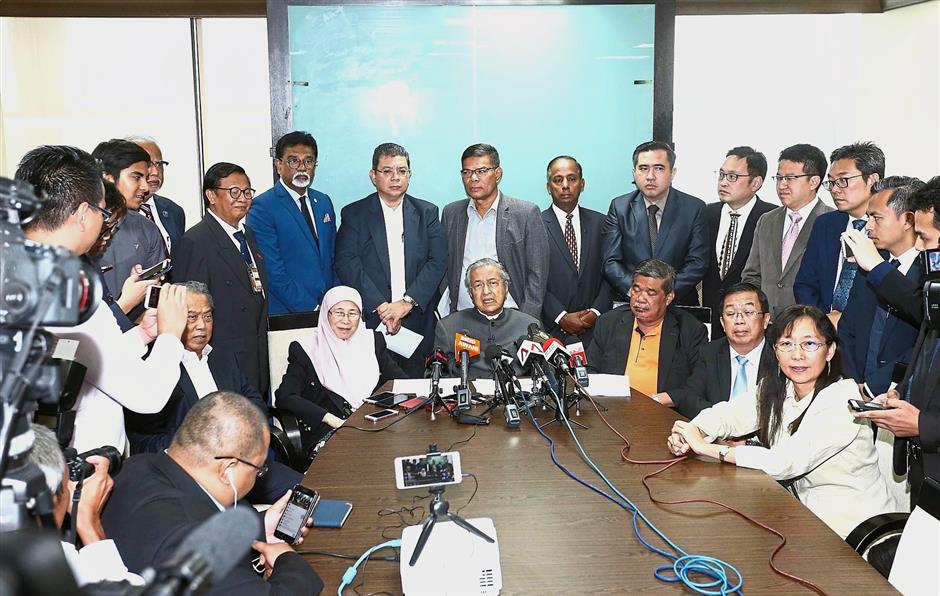 Question time: Dr Mahathir adddressing the press as Opposition MPs look on at the Parliament building.

“We will follow the requirements of the time. The Bills that we pass will not be oppressive, or be misused by the government to put pressure on the people,” he added.

Responding to Minister in the Prime Minister’s Department Datuk Seri Azalina Othman Said, who highlighted “draconian” Acts during Dr Mahathir’s tenure as prime minister, the latter maintained that the controversial Acts passed under his watch were justified.

“There was no misuse of the law during that time. Now, the rule of law does not apply,” he added.

Dr Mahathir slammed the Anti-Fake News Bill and the redelineation motion that was passed by the Dewan Rakyat, saying that more time should have been allocated for debates.

“Parliament has now become sandiwara (play-acting). There is no seriousness to allow debates,” he said.

Pictures of Mahathir not allowed on Pakatan posters