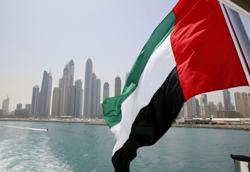 Wong: ‘I was born in Malaysia, I grew up here and my family is here. This is the only country I know and it is my home.’

TOP student Roisah Abdullah, 20, thought she would never realise her dream of going to university, until she received an offer to study at Universiti Utara Malaysia from the Higher Education Ministry.

Hearing her plight as a stateless person – unable to enrol in a university without a birth certificate and MyKad despite her good STPM results – Minister Datuk Seri Idris Jusoh came to her rescue.

He even vowed to help her get her citizenship!

Roisah’s fairy-tale ending, thus far, is sadly an exception, not the norm, for the stateless children in the country.

The exact number of stateless persons in the country cannot be determined due to patchy records.

In a written reply to Parliament in October 2016, Home Minister Datuk Seri Dr Ahmad Zahid Hamidi said there were 290,437 stateless children below the age of 18 in the country. Last week, Dr Ahmad Zahid put the figure closer to 2,500.

UN refugee agency UNHCR in Malaysia reported that 12,368 stateless persons are registered with non-profit organisation Development of Human Resources for Rural Areas (DHRRA) as of September 30, 2017. UNHCR is working with DHRRA to provide paralegal assistance for their citizenship cases.

The number of stateless persons in Sabah and Sarawak is unknown. On Thursday, Sarawak Welfare, Women and Community Development Ministry said it is estimated that up to 60,000 people are without birth certificates and considered stateless.

Unlike Roisah, many of the stateless had never even stepped into a school, let alone sat for any national examinations.

Wong Kueng Hui, 23, from Keningau, Sabah, says he was lucky to complete primary school with the help of his teacher, who fought for him to stay in school. But when he got into Form Three, he had to drop out because he had no MyKad and could not sit for PMR.

When his mother died when he was in his teens, Wong was adopted by his father’s relatives. He decided to register his citizenship under Article 15(A), which provides for any person under the age of 21 years whose parent, one or at least, is Malaysian, be registered as a citizen.

Luckily, his stepsiblings, from his father’s first marriage, agreed to support him. That was in 2014, and his application is still pending.

“I travelled to Kota Kinabalu every week. It took me more than two hours from Keningau, and when I got there, I was told to wait.

“They said my application was not complete even though I have my father’s papers and a birth certificate stating him as my father, and his family vouching for me. They only look at my mother’s nationality and the lack of marriage certificate,” he says, adding that he was even queried about his dark complexion.

“They asked me, ‘are you really Chinese? Why is your skin dark?’.”

The delay, he says, has even caused a rift between him and his stepbrother as travelling back and forth from Keningau to Kota Kinabalu and “going up and down the Jabatan” took a toll on him.

“Now, they tell me my application has been forwarded to Putrajaya,” says Wong.

His biggest worry, however, is the fact that he now is over 21.

“I cannot see my future when life now is hard. Every day I live in fear of being arrested because I don’t have a MyKad. I’ve been taken advantage of by people when they found out I have no MyKad.

“Already I have no education because I have no MyKad. I cannot get a good job. I cannot do anything ­– I can’t drive, I can’t open a bank account, and if I go to hospital, I have to pay a bomb because I’m considered a foreigner. That’s why I tell myself, I better not get sick!” he says.

Wong says he dreams of continuing his studies and getting a good job.

“Right now it’s like I’m nobody, but I’m like any other young person, I dream of a better life. I would like to travel and see other countries and I hope to marry some day and have a family. But if I’m stateless, what will happen if I have children? They will have the same fate as me.”

According to Lawyers for Liberty executive director Eric Paulsen many stateless persons are trapped in a life of exploitation and poverty, and pass on their statelessness to their children and the next generation.

“With stateless parents, children are also stateless, and the problem perpetuates across generations, all of which leads to serious social problems,” he says, highlighting the case of the descendants of many Indian plantation workers. “Many maintain the same stateless status as their ancestors, and so too their children to this day.”

Wong hopes for the day when he can be registered as a citizen.

“I was born in Malaysia, I grew up here and my family is here. This is the only country I know and it is my home. If the Government reject me, where can I go?” — By Hariati Azizan

The state of statelessness 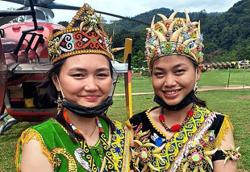