Najib: I was cleared of any wrongdoing in PAC report over 1MDB

By RASHVINJEET S. BEDI
KUALA LUMPUR: Datuk Seri Najib Tun Razak says the Public Accounts Committee (PAC) report on 1Malaysia Development Berhad (1MDB) did not implicate him of any wrongdoing.
The Prime Minister noted that the PAC also made up of Opposition parliamentarians, namely Dr Tan Seng Giaw and Tony Pua.
“I would encourage everyone to read the entire report,” he said during a dialogue with Datuk Seri Idris Jala at the launch of the 2017 National Transformation Programme (NTP) report at the Malaysia International Trade and Exhibition Centre (MITEC) on Friday night.
Najib was asked by Idris Jala, who is the adviser to the Prime Minister for the NTP,  on the criticisms against 1MDB.
“Nowhere in the report did it say that I stole any money or I did any wrong. Nowhere in the report did it say that the donation from the Saudi government was 1MDB money,” said Najib, adding that 1MDB was the most investigated body in the country. 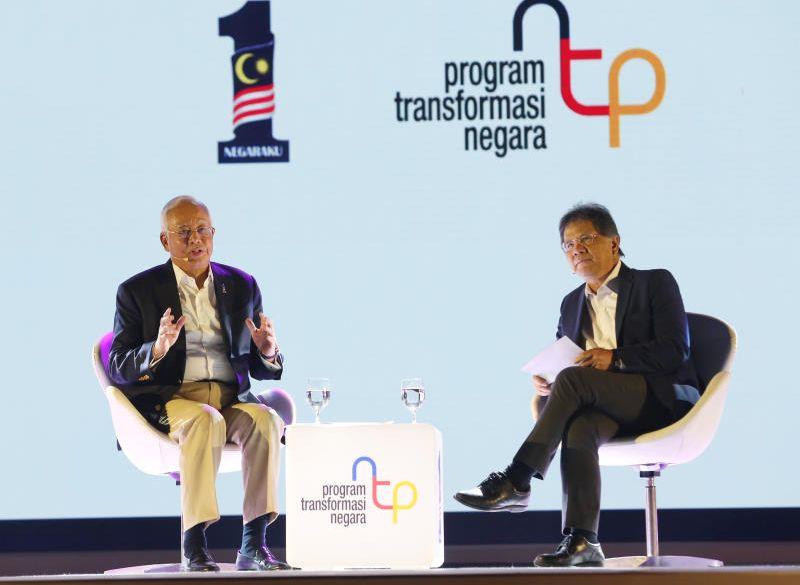 Najib claimed that 1MDB faced problems when the attempt to publicly list Edra Energy Sdn Bhd failed.
“The IPO (initial public offering) couldn’t proceed and from there, we faced cash flow problems into 1MDB. The Government, however, has taken positive steps of rationalisation,” he said.
Najib also denied claims that the Government had a lot of debts and was facing bankruptcy, calling it hogwash.
He said the peak of the country’s debt was in 1986 when it was 103.4% of the Gross Domestic Product (GDP). Now he said, the debt stood at 50.8% of the GDP.
As for the Goods and Services Tax (GST), Najib said it was incorrect to say that it was the cause that the prices of things went up.
He said that the Government had wanted to implement GST since 1984, but there was no political courage to do so.
“It is a right decision but at a political cost. We are willing to bear the political cost because it is the right thing to do as the GST will benefit the country and rakyat in the long run,” he said.
Article type: metered
User Type: anonymous web
User Status:
Campaign ID: 1
Cxense type: free
User access status: 3
Subscribe now to our Premium Plan for an ad-free and unlimited reading experience!