Malaysians step up to help the needy

Giving back to society: Goh (centre) flanked by Lee and Ng (in blue shirt). With them are Lim (beside Ng) and representatives of the welfare homes during the handover ceremony for the DaretoCare campaign at the SkyWorld property gallery in Setapak, Kuala Lumpur.

KUALA LUMPUR: Malaysians are a generous lot if the recent contributions to the #DaretoCare campaign are any indication.

More than 1,300 bags filled with essential items were collected from December to February.

The campaign was a joint charity initiative by Star Media Group and SkyWorld Development Group to fulfil the needs of 18 welfare homes in the Klang Valley.

SkyWorld founder and group managing director Datuk Ng Thien Phing said while the campaign was a success, he hoped that the public would take their generosity one step further.

“We found that people already had the mindset of giving back to society. But we urge them to take more initiative and not wait for platforms such as this one to contribute items or even their time,” he said.

Ng said part of the company’s contribution to society was the building of affordable housing through the Federal Territories Housing Scheme (Rumawip), which SkyWorld had taken part in with its SkyAwani series.

The bags, which contained educational materials, daily necessities and household supplies, were distributed to representatives of the homes during a handover ceremony at the SkyWorld property gallery in Setapak here.

Rumah Kasih manager Foong Peng Lam said the items would go a long way to defray the cost of running the home, which takes in old folk and patients found abandoned in government hospitals.

“We are thankful for any contribution so that we can provide proper care for our residents,” he said, adding that the home had taken in over 600 abandoned individuals since its inception in 2000.

“There is always a need for more exposure to the conditions or illnesses faced by these children.

“With more exposure, hopefully, people would be willing to lend a hand,” he said.

A handover ceremony for the second batch of donated bags was presented by Ng and Star Media Group editor-in-chief Datuk Leanne Goh.

During the campaign, members of the public were encouraged to fill the brown bags with gifts they wished to donate or items from the suggested list of the underprivileged homes.

The bags were dropped off at Menara Star in Petaling Jaya and the four SkyWorld property galleries in Sentul, Setiawangsa, Bukit Jalil and Setapak from Dec 18 to Feb 15. 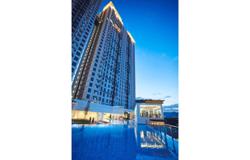 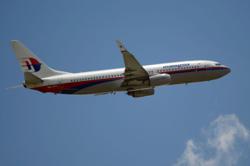 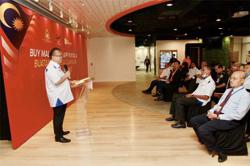