“The Economic Transformation Programme we initiated in 2010 has delivered and continues to deliver.

“We have created 2.26 million new jobs, kept unemployment and inflation low, and enjoyed years of healthy growth, including GDP (Gross Domestic Product) growth of 5.9% last year,” the Prime Minister said before witnessing the signing of Memoranda of Understandings (MoUs) between the Malaysian Government and South Korean conglomerate SK Group.

The MoUs involved collaboration in “blue ocean business opportunities” in areas such as ICT & 5G (Fifth Generation mobile technology), oil and gas, and green technology as well as the setting up of smart cities. 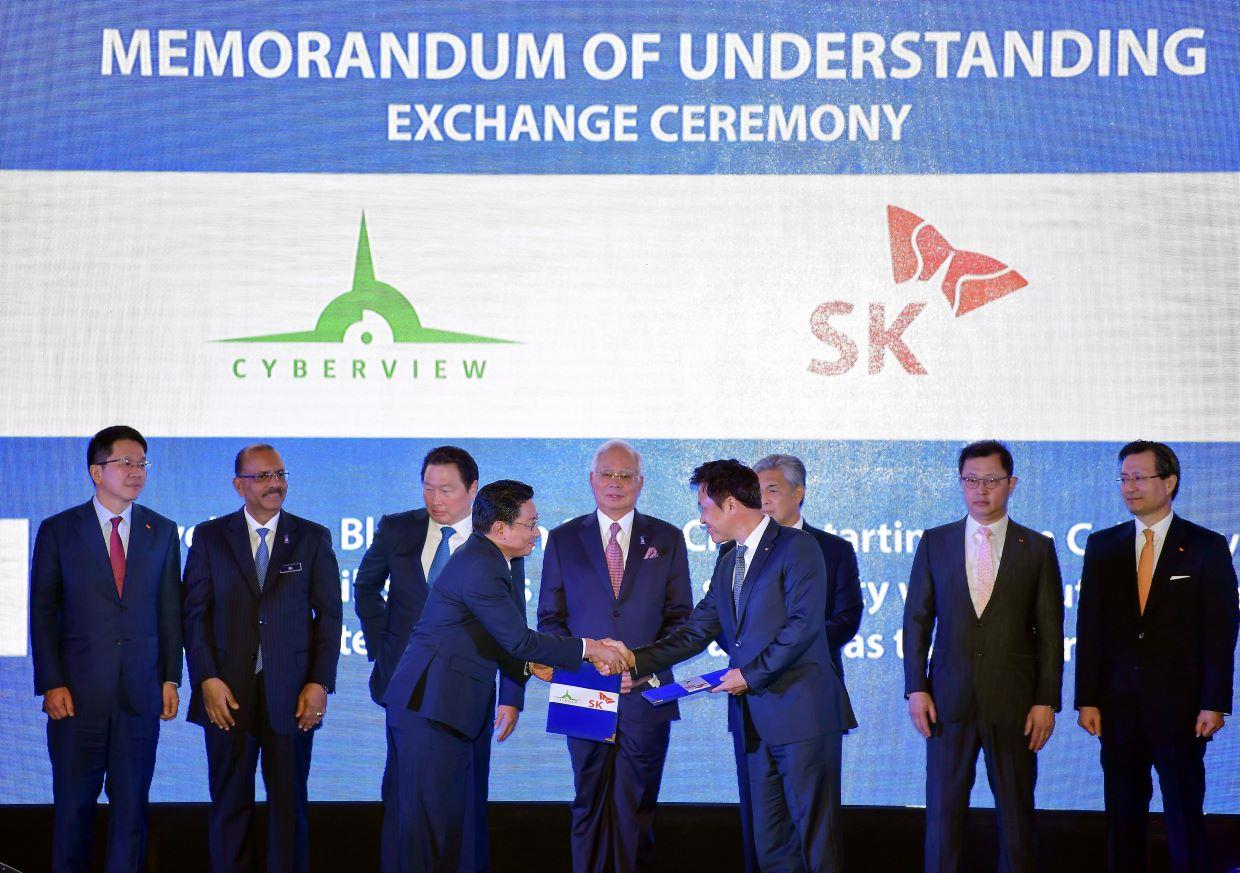 “That is the sign of the international community's confidence in our economy and the way it is being managed,” he said, expressing confidence that 2018 would see better achievements.

Najib said that the collaboration with SK Group would see the conglomerate set up a regional head office here to cover the Asean region, India and the Middle East.

He added that the partnership would see the development of Blue Ocean Smart Cities in the country, starting with Cyberjaya.

“We hope that the Blue Ocean Smart City in Cyberjaya will serve as a model smart city solution that can be adopted in other urban centres across Malaysia and well beyond,” he said.

Najib said the Government had also adopted a forward looking vision with its inclusive Transformasi Nasional 2050 or TN50 initiative.

“We have set an ambitious target for Malaysia to become a global Top 20 nation by then,” he added.

The Prime Minister also witnessed the signing of an MoU between Cyberview Sdn Bhd and two SK subsidiaries — SK Holdings and SK Telekom.