Rahman said that job creation since 2010 was broad-based but strongest in the services sector which created 1.78 million jobs during the period.

Rahman said this was in line with the services sector being the biggest contributor to Malaysia’s economy with its share of contribution to GDP at 54%.

He said that with strong job creation, the Government was able to maintain the full employment level in the labour force with unemployment kept at a low rate of 3% to 3.5%.

He attributed the achievement to the Economic Transformation Program (ETP) envisioned by Prime Minister Datuk Seri Najib Tun Razak, saying that the government has been implementing various initiatives to address graduate and youth unemployment issues.

“The government under the strong leadership of the Prime Minister will continue to provide stable economic growth to sustain more job creation for the people because economic growth by itself is meaningless if it doesn’t bring benefit to the people," said Rahman.

He added in a statement on Tuesday(Feb 6) that Barisan Nasional will continue to provide solutions and look at all possibilities to ensure more people are employed.

"At the same time we will make sure that we deliver more world class talent," said Rahman.

Rahman said that since 2011, the government has introduced Skim Latihan 1Malaysia (SL1M) which has helped 130,000 graduates improve their marketability in the job market, with 90% of them securing jobs.

He said that TalentCorp had training programmes and schemes to transform graduates into highly-employable executives for the service industry and equip them with industry-relevant skills.

He gave the example of the Young Entrepreneur Fund through the SME Bank, which offers low interest rates for financing of up to RM100,000 while the Graduate Entrepreneur Fund was a soft loan scheme aimed at graduates. 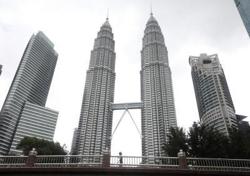