US firm engaged to search for MH370

The company has been officially engaged by the Malaysian Govern­ment to resume search operations for the missing aircraft in the Indian Ocean on a “no cure, no fee” deal.

“I don’t think it’s fair to say that the first search was wrong or flawed,” Plunkett told a press conference after the agreement signing ceremony here yesterday.

“I think it was the right decision made, based on the information available to the people involved at the time.

“Since then, scientists have done more work on the ocean’s drift modelling after pieces of wreckage turned up in Africa.

“That has allowed a revised assessment of the right place to search.”

Ocean Infinity's vessel, the Seabed Constructor, is currently on its way from South Africa to the search area in the Indian Ocean, and is expected to start the search in mid-January. 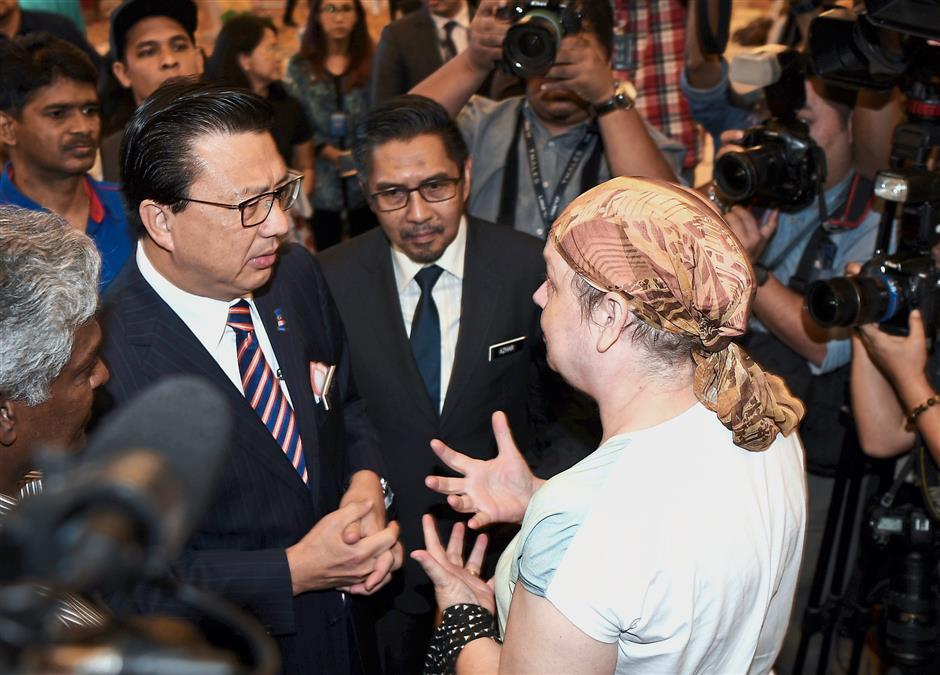 Search is on: Liow (left) meeting families of those on board MH370 after the agreement signing ceremony with Ocean Infinity. — Bernama

Plunkett said the company will deploy a fleet of eight AUVs, packed with a variety of sensors, cameras and detectors, which can reach the deepest depths of the Indian Ocean to scan the seabed.

He added that the AUVs have the capability to cover 1,200 sq km in a day. Of the vessel’s 65 crew members, at least four were involved in the 2009 search for Air France flight 447 in the Atlantic Ocean.

“I can’t say how many percent (of success) but we believe we have a realistic prospect (of finding the plane),” said Plunkett.

Under the agreement, Ocean Infinity will only be paid if it finds the plane’s wreckage or the flight recorder within 90 days.

Its primary mission is to identify the location of the wreckage or the flight recorders, and present considerable and credible evidence to confirm the exact location of the two main items, said Liow.

The payment agreed is subject to where the wreckage is located.

“We hope with this search expedition, we can find answers and closure to this incident,” Liow said, adding that family members of those on board MH370 will receive updates on the expedition’s progress.

No sign of the plane was found during the Australia-led search and the operation was suspended in January last year.