SEREMBAN: A local football team manager in Negri Sembilan has become the second person to be remanded by the Malaysian Anti-Corruption Commission (MACC) in connection with an alleged match-fixing in November last year.

The 38-year-old team manager was arrested at 3.25pm on Saturday on suspicion of bribing players from the opposing team to ensure his team’s victory in the People’s Football League (LBR) match on Nov 25.

On Saturday, a football team head coach was ordered to be remanded for five days to facilitate the investigation into the same case. — Bernama KUANTAN: A resident looking at a dead tree which was washed ashore at Anak Air beach in Kuantan.

Strong winds and high waves had eroded the beach, causing several pine trees to fall over. The strong waves also left rubbish at the beach. — Bernama 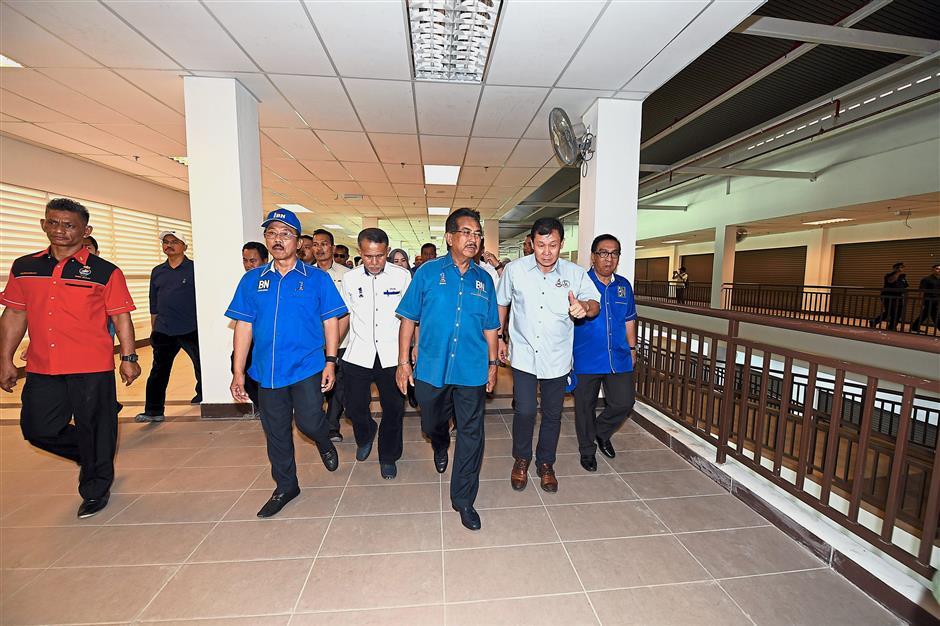 He said the bus terminal would provide ample space for the operators and comfort for the public.

“This terminal is built on the request of the people. We planned and then implemented it to fulfil our promise to the people,” he said after visiting the terminal, which is almost completed, yesterday.

Wong said the terminal allocated 12 lanes for passenger pick-up and four lanes for drop-offs, besides having a computerised system for ticket purchase and to display departure and arrival times. — Bernama

Hard objects thrown at church and temple in Kota Baru

The objects were said to have been thrown from the Sultan Yahya Petra bridge at midnight on Saturday.

Pastor Goo Siew Lai of the Kota Baru Chinese Methodist Church said it was the first time the church had been attacked in 40 years.

Two water filters were thrown. One smashed into the second floor window while another dropped outside.

Kelantan Hindu Maha Sabah deputy president B. Jayabalan also said it was the first time that things had been thrown at the Arulmigu Siva Subramaniyar Temple.

“We find it shocking because we never encountered such hostility from the people here in the past.

“People here are friendly and peace-loving,” he said, adding that he would leave the matter to the police.

“The CCTV showed that a man with tattoos on both arms arriving with a sling bag on a motorcycle,” he said.

ACP Nik Ros Azhan said police raided a car wash workers’ dormitory in Jalan Rozhan at about 1.30am yesterday and found the suspect.

“He has several drug and criminal records. We also recovered a cap with the Royal Malaysian Police logo. He admitted that he was involved in the theft at the temple,” he said.

The incident comes less than a month after a man and woman stole a RM10,000 marble Reclining Buddha statue from the altar of Penang Buddhist Association building on Dec 11, last year.

Antique dealer Lim Keng Liang, 37, and Lim Su-Quinn, 29, were fined RM7,500 each in default 12 months’ jail for stealing the statue which had been in the temple for over 90 years.