Schools carry on with DLP

PETALING JAYA: Despite reports that the dual language programme may be shelved, school heads are continuing with it – at least until they receive an official circular from the Education Ministry.

Deputy Education Minister Datuk P. Kamalanathan told The Star that a meeting between the ministry and professionals would be held today to discuss the fate of the DLP.

According to a headmistress, school heads in the Petaling district have decided to continue with it.

“Classes are carrying on as usual,” she said of her primary school located in Petaling Jaya.

The headmaster of a Tamil school in Selangor also confirmed that the DLP was still being held there.

“We have not stopped because there is no official instruction from the ministry,” he said.

The DLP allows students to study Mathematics and Science in either Bahasa Malaysia or English.

Checks on the ministry’s website showed there was no circular issued on the cessation of the programme.

However, a blogger calling herself “Cikgu Nurul” posted what is said to be an announcement by a state education department that the programme was being put on hold, sparking an uproar among parents.

The proposed introduction of the DLP in 88 more schools nationwide will also be postponed until circulars are issued, the statement reads.

SK Taman Megah Parent-Teacher Association chairman Rodney Teoh told The Star the programme was running as normal at the school.

However, he added, the school has yet to receive the Year Three and Six DLP textbooks.

“Parents are worried whether this is a sign that the DLP is going to be abolished,” he added.

“The school head said he received a notice from a ‘department’ to stop the programme but refused to name the department,” he added.

“I checked with my friends in other schools and they say their children’s schools are continuing with the programme as normal.”

The programme, launched in 2016, has been lauded for helping to improve the standard of English among Malaysian students.

According to a 2016 study on English Language Performance, DLP students appear to have better English than non-DLP students.

“Three-quarters of the DLP students were placed at or above the target level of the test (60% at A2 and 15% at B1) compared to 61% of non-DLP students,” said the study conducted by the ministry’s English Language Teaching Centre.

In partial DLP schools, 79% of DLP students performed at or above the target level compared to 53% of the non-DLP students, the study claimed.

“The comparison of performances suggests that the DLP students do gain from their involvement in the programme.”

Schools must have written consent of parents, enough qualified teachers and classrooms, and an above the National Grade Average score in Bahasa Malaysia subject before they can apply for the DLP. 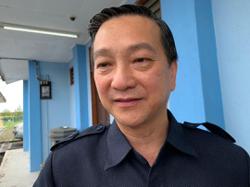 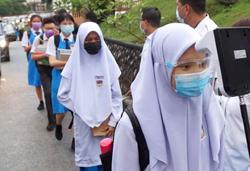