Private health and social sector growing by leaps and bounds 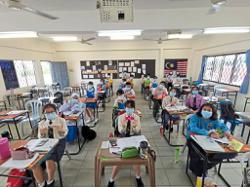 Female workers outnumbered male wor­kers in all qualifications, except at the post-graduate level where more men (5,000) were employed than women (2,874).

The average monthly salary in the private health and social work services sector in 2015 was RM2,795.

Selangor has the highest number of esta­blishments providing health and social work services at 3,883, followed by Kuala Lumpur at 2,299 and Johor at 1,713 in 2015.

The highest increase in the number of women-owned outfits between 2010 and 2015 was recorded in child day-care activities (784), other human health services (172) and residential care activities (138).

More information can be obtained from the Statistics Department’s website at www.dosm.gov.my.