Cyberbullying: Words can hurt too

PETALING JAYA: Sticks and stones may break bones, but words can hurt too.

Bullying does not only come in physical form, emotional bullying and cyberbullying can also cause just as much pain without the physical telltale signs.

There have been several cases of cyberbullying that has made the news in recent months.

The Star reported a case where a nine-year-old was having suicidal thoughts after being called nasty names on Facebook.

The girl did not have the maturity to deal with the comments and developed childhood depression.

In May, a 20-year-old student jumped from the 17th floor in Georgetown, Penang.

Teh Wen Chun was said to be struggling with his studies and was also said to be a cyberbully victim.

With more and more of our youth spending time online, it is possible for bullies to reach their victim at all times of the day.

“Bullies can reach you 24/7. When you are home from school, they can send you messages, photos etc. Victims do not get a rest,” said Foong.

Foong said that the Internet has made it easy for bullies to alienate and pick on their victims.

He also highlighted the dangers of websites such as Ask.fm and Sarahah that allow people to comment anonymously.

“Because it is anonymous, some of the things people say are not the most helpful and uplifting for a person to hear,” he said.

“Unless you have an extremely high self esteem and self confidence, you will be affected by what they say,” said Foong.

Through a 2014 student survey, one out of four students said that they have been victims of cyberbullying.

But Foong believes that the numbers may be higher now.

“We know that cyberbullying is a problem at most schools, considering how often we have been requested to come talk on the topic,” he said.

GG youth and education services head Huay Phing Cheah said that cyberbullying is the most rampant form of bullying that they have seen among youth.

Cheah said that a teacher told her of an incident where a bully victim had brought a parang to school.

“He had no nature of violence or anger, but he brought the parang in his bag. He couldn’t take it anymore, and it’s these words through bullying that pushes the victim into a corner,” she said.

That is why GG has programs that reaches out to youths and provide mentorship and guidance through their leadership and character building programs.

“Programs have more value based, get them to see the worth in them,” she said.

“Some of these kids hear things like ‘you’re worthless’, ‘you’re trash’, ‘you’re good for nothing’. So we try to help them with their emotional stability,” said Cheah.

GG also has cyberbullying programs that encourages victims to seek help from trusted adults, and for students to be “active witnesses” in bullying cases.

“Don’t be a bystander, be an upstander. It can be simple as talking to a teacher saying that you saw this, because the victim can be scared to report it,” said Foong.

Another organisation People Against Cyber Threats and Harassment (PeopleACT), an initiative by the Malaysian Centre for Constitutionalism and Human Rights (MCCHR), has launched a campaign to increase public awareness on cyberharassment and cyberbullying.

The campaign, called #WiseUpWithWan, hopes to raise awareness on the harmful effects of cyberharassment and the importance for netizens to create an empowering space rather than a destructive one.

A survey conducted by PeopleACT last year found that 400 Malaysians felt that hateful comment is a violent form of cyberharassment.

One in six men (as opposed to 1 in 9 women) have experienced online shaming, and had their personal details and photos exposed by someone who disagrees with them.

While, women are at least twice as likely to be victims of online sexual harassment (20.9%) compared to men (9.8%).

“Internet users often feel free to use words and images to provoke others, even at their most vulnerable,” said PeopleACT campaigner Lim Ka Ea.

“But there is a point when trolling escalates beyond the offensive and shocking into cyberharassment or cyberstalking,” he said.

Due to the anonymous nature of the Internet, Lim said that cyberbullies feel emboldened and uninhibited when making threats or abusive comments.

Other than creating awareness through the campaign, PeopleACT has been holding consultative meetings with governmental and non-governmental stakeholders throughout the year to gather input on issues regarding cyberharassment and cyberbullying.

“From their feedback, we will then draft a white paper with appropriate recommendations based on the feedback we have received to be shared with lawmakers,” said Lim.

“In a nutshell, the campaign hopes to address cyber harassment from a holistic approach; legislation, public awareness and support to survivors,” he said. 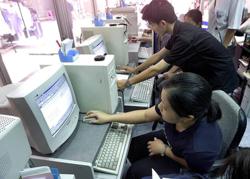 Nearly half of Taiwan teens involved in cyberbullying

Three schools get sponsor for Internet 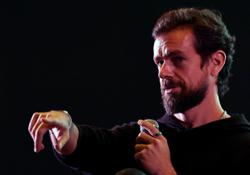