The commission appears to have enforced a DNS block to the site.

Steam users reported being unable to access the Steam store from both mobile and desktop platforms on Friday.

Users could, however, still play already downloaded games but could not purchase new ones.

Communications and Multimedia Minister Datuk Seri Dr Salleh Said Keruak said action was taken after Steam failed to comply with the 24-hour ultimatum given by the ministry to disable downloads of the game by Malaysian users.

“This action is necessary to protect the users and to prevent untoward incidents.

“(To ensure) solidarity, harmony and well-being of the multi-racial and multi-religious people in the country are the main objectives of the Government.

“The Government will not compromise on any action that can jeopardise these objectives,” he said in a statement here on Friday.

On Thursday, Salleh said that the commission would be asking Steam to disable downloads of the game for Malaysian users within 24 hours.

"Failing which, further action will be taken," he said.

The controversial video game features the likes of Jesus Christ and Gautama Buddha as playable characters.

According to Salleh, the video game, developed by a Taiwanese gaming studio, had degraded religions and religious leaders and posed a huge threat to racial unity and harmony.

He said creating and spreading offensive content was an offence under Section 233 of the Communications and Multimedia Act 1998, and added that the MCMC would continue to cooperate with all relevant parties in curbing the crime.

Video game 'Fight of Gods' to be disabled within 24 hours 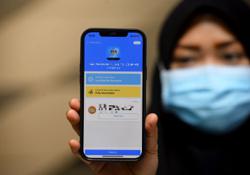