Dengue can reside in the body even after patient has recovered, says scientist

KUALA LUMPUR: There is now a concern that the dengue virus can reside in the body even after one has recovered and the virus is non-detectable in the blood, said a well-known dengue scientist.

This came about after two kidney recipients in Taiwan were diagnosed with dengue two days after receiving a kidney each from the same donor, said National Cheng Kung University microbiology and immunology Prof Dr Oscar Perng Guey-chuen (pic).

“This indicates a potential risk,” the Taiwan-based scientist said, adding that no dengue virus was detected in the donor’s blood.

He said the donor contracted dengue in 2015 and in mid-2016, he died in an accident. His family donated his corneas, liver, heart and kidneys.

Both patients had the same strain of the dengue virus the donor had in 2015 and one of the recipients died of dengue haemorrhagic fever, he said.

Asked where the virus could be hiding since it could not be detected in the blood, he said it was a question scientists are trying to answer.

Interestingly, those who received the donor’s corneas, liver and heart did not develop dengue, Dr Perng said on the sidelines of the National Dengue And Arboviruses Infection Conference 2017 yesterday.

He said although there was not enough evidence to show the virus came from the donor as the kidneys were not tested for dengue before the transplant, the same virus was found in the patients’ bodies after that.

Dr Perng said his team had stu­died mice for dengue virus in the blood, testes, kidney, liver, spleen and brain, and found the virus present in the kidneys and brain.

“We believe the virus probably resided in the kidneys and was not cleared by the body,” he said, adding that the virus could have been activated after transplant.

He said this raised concerns about asymptomatic people who are dengue carriers.

Health Ministry deputy director­-general Datuk Dr S. Jeyaindran said patients with severe dengue would have better recovery if they were given colloids, a more concentrated fluid, at the early stage in fluid management for dengue patients.

Dr Jeyaindran, who was represen­ting Health Minister Datuk Seri Dr S. Subramaniam, said colloids may be introduced at an earlier stage, instead of saline because it has not been successful in treating patients with severe dengue.

He said more studies will be conducted to find out at which stage the colloids should be given. 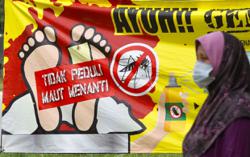 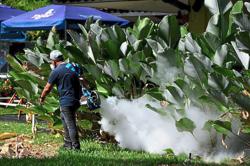