Its Arts and Culture chairperson Atriza Umar said that she viewed it seriously as many young children were singing the song without actually understanding its lyrics.

She said that local Malay radio stations were also playing the song resulting in it becoming a phenomenon that was hard to stop.

She hoped that Despacito and other songs that have sexual and violent lyrics not suited to Eastern culture and Islam to be banned from playing.

”I regret that these problematic songs are not censored by the ministries responsible,” she said in a statement on Wednesday.

She also praised the artistes and individuals who took the initiative to alter the lyrics of the song to become more decent although it went against copyright rules.

Atriza also hoped that local artistes could work together to provide entertainment that was moral and yet had high commercial value.

“We respect the right to be entertained but there should be clearer guidelines so that the entertainment does not spoil people but makes them better,” she said.

The song has reached the top position in weekly charts all over the world including in Malaysia.

According to the Billboard charts, the song becomes just the 35th single to top the Hot 100 for at least 10 weeks. 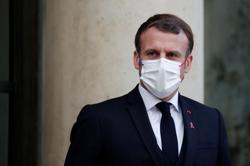