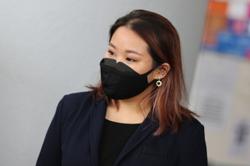 PUTRAJAYA: The “last-minute culture” among Malaysians has left the Immigration boss fuming and disappointed.

Datuk Seri Mustafar Ali did not mince his words, saying that “there will be absolutely no exten­sion” of the deadline for the E-Card (enforcement card) regis­tration.

It ended at midnight yesterday.

“Are we disappointed? Of course, we are. We have given ample time for employers to register their illegal workers.

“From tomorrow (today), we will start a nationwide operation to nab illegals.

Packed like sardines: Employers and their illegal workers queuing up at the Immigration headquarters in Putrajaya in a last-minute rush to register for the E-Card programme.

“Those who are caught will be detained, deported and blacklisted,” said the Immigration director-general at the department’s headquarters here yesterday.

He was left shaking his head after seeing the large crowd there and at most Immigration offices in the country, the last few days before the deadline.

“We made the announcement in February but not many came forward to register their workers.

“As of now, we have only registered 145,571 E-Cards,” he said, pointing out that the lackadaisical attitude of the people was to blame.

As of 10pm yesterday, the department had received applications from 28,375 employers and 161,056 illegal foreign workers.

“Do not blame us because we have done our best to assist, but employers chose to be stubborn.

“Some take for granted that there will be another extension. That is not going to happen,” he said.

The E-Card, which was launched on Feb 15, functions as a temporary confirmation of employment for illegal workers, which replaces valid travel documents from their respective countries.

In the interim, employers must apply for their workers’ passport and permits from their respective embassies for the purpose of legalising the workers.

It takes two days to process an E-Card, which contains security features based on biometrics, as well other information such as the company name in the barcode.

Illegal foreign workers find themselves in a bind 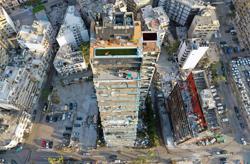