Social media can lead to self harm?

Relating how his 14-year-old client developed an eating disorder after someone commented on her weight on the popular social media platform, Malaysian Mental Health Association deputy president Datuk Dr Andrew Mohanraj shares how social media can lead to self harm.

“She tried to harm herself. Teenagers are harming themselves not only because of cyber bullying but also because they didn’t get enough ‘likes’ on Facebook,” he cautions.

As societies become more developed, we see a breakdown in the extended family system, increasing work demands, urbanisation, steep competition among students to excel, and rising parental expectations. So the lure of technology and social media also becomes more enticing, he opines.

He worries about the rise in suicide cases. In young adults, financial difficulties and love triangles are the main reasons for suicides in the country.

The reporting of suicides have been far from satisfactory, he says, giving the false impression that our suicide rate is one of the lowest in the world at a ratio of 1.3 for every 100,000 people, according to the National Suicide Registry.

In reality, it could be anywhere between 10 and 13 for every 100,000. As a rapidly developing, urbanising society with more and more young people resorting to suicide, we need to rethink our suicide prevention strategy.

He hopes the insurance industry will play its part by covering mental illnesses claims. The private sector, he feels, should also be encouraged and given incentives to set up mental health residential and rehabilitation facilities as this can no longer be the sole responsibility of the government.

“A healthy society must be physically and mentally healthy as mental health and physical health are two sides of the same coin.”

More innovation and improvement in mental health promotion and prevention is a must, he says.

Capacity development, he says, is crucial to ensure there are more people trained to become clinical psychologists, occupational therapists and social workers. It’s important, he adds, to ensure the posts are created into public sector.

“The private sector is not interested in providing such facilities now because regulations in the Mental Health Act are seen as stringent. The private psychiatric care is not lucrative enough.

This, he laments, is a pity because with the availability of private inpatient psychiatric care, the burden on the already over burdened public health system with will be reduced with private sector participation.

The Health Ministry, he suggests, should encourage all new private multi-speciality hospitals to have psychiatric unit as the move would result in the reduction of stigma associated with inpatient psychiatric care.

“The World Health Organization, of which I was part of the working group, came up with intervention guidelines to narrow the treatment gap of mental and neurological illness at the primary care level.”

They can also email sam@befrienders.org.my. 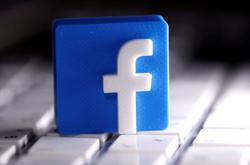