Puntung to be put to sleep

Deteriorating condition: Puntung, one of the three surviving Sumatran Rhino in Sabah, is suffering and dying from her cancerous swelling.

KOTA KINABALU: There will be only two Sumatran rhinos left in Sabah when the third will be put to sleep next month.

Puntung, which recently underwent dental surgery, was expected to recover from what was thought to be a tooth infection.

However Puntung is dying of squamous cell carcinoma (SCC), a form of cancer characterised by uncontrolled cell growth in the upper layers of the skin.

“We thought we had saved her from her life-threatening dental infection a few months ago.

“But it turned out that the swelling on Puntung’s left cheek that alerted us to the infected tooth root had a more serious origin,” he said.

After the swelling on her cheek grew following the surgery, two subsequent biopsies revealed she had SCC, which has been spreading rapidly over the past few weeks.

“As of today, Puntung can no longer breathe through her left nostril. She can no longer vocalise, is in pain, and her condition is declining fast.

“Other than administering painkillers, there is nothing more anyone can do,” said Tuuga, who revealed that specialists from several countries said the outcome would be fatal, with or without treatment.

“Authorising euthanasia is one of the most difficult decisions to make, but it is the best option for the suffering animal,” he added.

Veterinarians are now making preparations to recover mature eggs from Puntung’s ovaries so that an artificial breeding programme can be carried out.

Those who have been involved in taking care of Puntung, especially the Borneo Rhino Alliance (Bora) and the Sime Darby Foundation, were devastated by the news.

Payne thanked all those involved in monitoring Puntung in the wild since 2007, as well for her care since her capture and translocation in 2011.

Sabah’s Sumatran rhino population consists of a male called Tam, and two females, Puntung and Iman. Previous attempts to get Puntung and Iman to mate with Tam were unsuccessful as the uterus of both female rhinos were lined with cysts.

The animal is already considered extinct in the wild, even though the rest of the surviving population, estimated to be only several dozen, are believed to be still roaming the Kalimantan side of Indonesia. 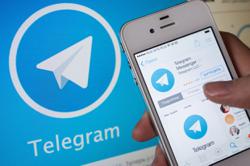