No signs of 'Blue Whale Challenge' in Malaysia, but parents told to remain vigilant PETALING JAYA: There are no signs that the "Blue Whale Challenge", a sinister social media game that encourages teen suicide, has reached Malaysia, but parents should remain vigilant to ensure their children do not fall victim to it.

According to Befrienders publicity director Ardy Ayadali, they have not received reports of the game being played in Malaysia.

However, there is reason for concern as he has seen an alarming number of youths jumping on the bandwagon without understanding its repercussions.

"The Blue Whale Challenge sounds like a real game as authorities around the world are alerting parents to be aware about it," Ardy said.

A string of disturbing teen suicides in Russia and cases of youngsters in Europe getting hurt have been heavily linked to the game, but there is no hard evidence to prove it.

According to reports, the challenge starts with a curator private messaging a player on social media inviting him or her to play the game on one condition — they cannot quit once they agree to start playing.

The curator then gives the teenager a series of dangerous tasks over 50 days. These may include cutting oneself, waking up at 4.20am every day, watching gory videos sent by the curator or standing on the ledge of a high building.

The player has to show the curator a video or photographic proof of completion before they are given the next task.

The last and final task instructs the teenager to take his or her own life.

The Blue Whale Challenge is believed to have started on popular Russian social media site Vkontakte. It is learnt that curators find their young "victims" on one of the many suicide groups on the portal.

An undercover journalist from Radio Free Europe/Radio Liberty posed as a 15-year-old girl on Vkontakte and managed to contact a so-called curator of the Blue Whale Challenge. The curator told her "there is no way back", and that she cannot leave the game once it begins.

"If you die, you win. If you don't, we will help you. Are you ready?" another curator told her.

According to Ardy, teenagers are vulnerable targets as they are attracted to games.

"Kids might be interested in the game because it is viral and want the challenge that comes with the game, that's one thing parents need to be aware about," he said.

News about the new game first surfaced after Russian media reported the deaths of two teenage girls – Veronika Volkova, 16, and Yulia Konstantinova, 15 – who were filmed jumping off the roof of an apartment together.

Russian reports say Konstantinova posted a picture of a blue whale on Vkontakte shortly before she took her own life.

Russian portal Novaya Gazeta reported that 130 teenagers in Russia have committed suicide between November 2015 and April 2016, citing the Blue Whale Challenge as a cause. However, no evidence was provided to substantiate the claim.

Furthermore, fact-checking website Snopes said that the Novaya Gazeta report had been highly criticised for linking the game to several suicides among members of a social media teenage group. It said it was more reasonable to assume that the depressed or suicidal were drawn to the same group rather than the group pushing them to take their own lives.

A photo of a bloodied arm with the shape of a whale carved into the skin, believed to be one of the tasks, has also gone viral, sparking panic amongst parents.

However, Bulgaria's Centre for Safe Internet told news portal The Balkan Insight in February that there was no concrete evidence for the existence of the game and that it is a "creepy manipulation of parents' fear".

It is unclear whether these people have been contacted by a curator or are performing the tasks on their own based on a list of alleged Blue Whale Challenge tasks which was first posted on Reddit and has since gone viral.

Most of the young people who tweeted interest in the game displayed signs of depression in their profile and posts, some going to extreme of saying that they ready to die.

Ardy advised parents to monitor their children's online activities and look for physical signs of self-harm.

"It is important for parents to talk to kids about the dangers of the Blue Whale Challenge and other ways that they (their children) might be tempted to give in to the game, especially due to peer pressure," he said.

He also encouraged the community to spread awareness on the dangerous game. 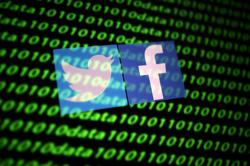