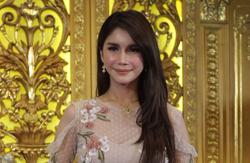 PETALING JAYA: In a landmark decision, the Court of Appeal ruled that the forced acquisition of 10.5ha of private land by the Selangor state government and five state authorities, including the Selangor Islamic Religious Department (Jais), was unlawful and tainted with bad faith.

The court, on grounds of the judgment made available yesterday, restored and enhanced the protection of landowners’ rights in Malaysia against such acquisitions.

It stated that there must be strict adherence to the procedural require­ments and steps in law that public bodies must fulfil before forcibly acquiring private land.

The judgment stemmed from the case between the landowner and developer United Allied Empire Sdn Bhd (UAE) that had accused Jais, the Selangor Islamic Religious Council (Mais), the state government and three other state bodies of abuse of power for the unlawful acquisition of the land in Bestari Jaya in 2013.

The panel led by Court of Appeal judge Justice Abang Iskandar Abang Hashim, in allowing UAE’s appeal, ruled that the law required the production of a Form A and Form K before compulsory acquisition could start.

Form A is a public notice to notify that the land will be acquired and the very first step in a compulsory acquisition process for the UAE land.

They had also failed to show docu­­­mentary evidence in court that they had registered the required chan­ges in land title records after issuing Form K, which is a notice of formal possession of the acquired land.

Describing the response by Jais and the other defendants as “a cu­­rious mix of bare denials, contradiction of themselves”, Justice Abang Iskandar said the evasive conduct clearly constituted mala fide (bad faith).

The case clearly was one of procedural impropriety, the court held in its 36-page judgment dated March 29.

The appellate court also granted all 24 reliefs sought by UAE which included a court order to compel the Selangor bodies to declare their actual intention for acqui­ring the massive plot of land in Bestari Jaya.

The Court of Appeal granted a total of RM100,000 in costs to UAE for proceedings here and in the High Court, with half of it to be paid by four respondents – the Selangor Land and Mines Department director, the Kuala Selangor land admi­nistrator, Jais and the Selangor go­­vernment.

The other half is to be paid by Mais and the Selangor Zakat Board.In allowing the appeal, the court had effectively overturned the High Court’s decision on Dec 3, 2015, to dismiss UAE’s application for a judicial review to quash the acquisition decision.

The court was told that there was an existing mosque occupying 0.08ha of the 10.5ha of land. In its development plans for the entire plot of land, UAE had, on its own accord, set aside 0.3ha for the existing mosque’s expansion.

The defendants claimed that the acquisition was bona fide as the planned “mosque” on the 10.5ha of land would include a religious school and a burial site for the public.

The other two judges who sat on the panel in the Court of Appeal were Justices Zamani A. Rahim and Zaleha Yusof.