KLUANG: The water quality at the Sembrong Dam here continues to deteriorate due to the presence of high levels of blue-green algae, which is believed to have been caused by excessive farming around the area.

“This level is too high.

“This is due to ‘eutrophication’, which happens when too much nutrients from agriculture and farming waste seep into the water.

“When the situation worsens, it will deplete the oxygen level and adversely affect aquatic life.

“The thick layer of algae will also block sunlight, which is the source of energy for plankton and fish,” he said, adding that the lake would then turn green.

“But I believe that our water regulatory authorities such as Bakaj (Johor Water Regulatory Body) and SAJ (Syarikat Air Johor) are closely monitoring the situation and doing their best to only supply clean water to the public,” he said in an interview.

Dr Zulkifli said more effort should be made to ensure that the lake is rehabilitated as raw water supply is a major issue in the state.

“We need to look forward about preserving our water sources. We cannot look at the Sembrong dam as merely for flood mitigation.”

He blamed the poor water quality at the Sembrong Dam on extensive farming around the area.

“The use of fertilisers in agriculture must be controlled.

“There are no laws in Malaysia to ensure good agricultural practices, only guidelines,” he said.

He suggested a buffer zone be demarcated around the water source and agricultural waste be treated before being released into the river.

When contacted, a SAJ spokesman said they are doing their best to address the algae problem, including using LG Sonic to kill the algae at the water extraction point.

He assured consumers that public health is SAJ’s priority and it only channels water that has been treated and is safe for consumption. 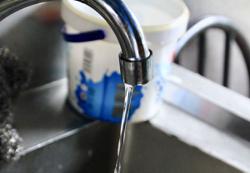 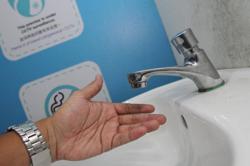 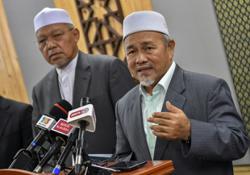