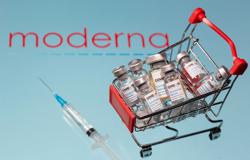 PETALING JAYA: The Health Ministry has given conditional registration for the world’s first dengue vaccine to be used in Malaysia.

In a notice on the National Pharmaceutical Regulatory Agency’s website, the Drug Control Authority (DCA) said the vaccine was approved for a post-registration (phase IV) clinical study for two years involving volunteers aged nine to 45.

This means that only those who participate in the study will be able to obtain the vaccine, which will be made available within the next six months.

The study is to assess the vaccine’s effectiveness and safety.

It will be conducted jointly by the vaccine’s producer, French pharmaceutical company Sanofi Pasteur, and the Health Ministry.

In a statement, Sanofi Pasteur Malaysia said it welcomed the ministry’s decision to approve conditional registration of the vaccine.

“With this approval, Malaysians across the country will now have access to an additional form of protection against this debilitating, and sometimes, deadly disease,” it added.

The vaccine gives an overall average of 66% protection against dengue infection, 93% against severe dengue and 80% against hospitalisation for dengue, for those aged between nine and 16.

This is according to a 2015 paper in the New England Journal of Medicine, which combined and analysed the results from phase III clinical trials in five South-East Asian countries, including Malaysia, and five Latin American countries.

The DCA said although the vaccine offered protection regardless of previous exposure to dengue, major studies reported that it conferred significantly better protection to those vaccinated who were infected before (81.9%), compared with those without previous infection (52.5%).

According to the ministry, DEN1 and DEN2 are currently the most common dengue virus strains in Malaysia.

The DCA said if the study failed to verify the clinical benefit of the vaccine or was not conducted with due diligence during the next two years, the approval for the vaccine could be withdrawn.

Sanofi Pasteur Malaysia said it would collaborate with relevant stakeholders to provide support in giving access to, educating about and monitoring the impact of dengue vaccination in the country.

This includes developing a nationwide immunisation registry and organising education-­cum-awareness programmes for the public and medical professionals.

The dengue vaccine is currently approved in 14 other countries, including the Philippines, Indonesia, Thailand and Singapore.

Mexico was the first country to approve the licensing of the vaccine, followed by the Philippines, both in December 2015.

According to the World Health Organisation, there are currently five other dengue vaccine candidates being researched in clinical trials. 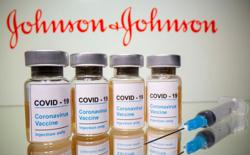 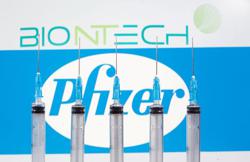