May, Singapore’s most famous mum

NOTE: PHOTO IS FOR SUMIKOS COLUMN, PLEASE DO NOT USE THIS FOR OTHER ARTICLEs. ]May Schooling, Joseph Schoolings mother.

She says she’s no Tiger Mom – the sporty parent is only driven by her love for son Joseph and her family.

MAY Schooling takes some persuading to say yes to this interview.

“Joseph is the one you want,” protests the mother of Singapore’s first Olympic gold medallist.

“I’m just his mother. What is there to write?” Or, she suggests, why don’t I interview her husband Colin instead?

No, I say, readers are interested in the woman behind the swimming champion.

After some to-ing and fro-ing on WhatsApp, she finally agrees and arranges to meet at Violet Oon Singapore in Bukit Timah.

Just hours before, Joseph, 21, smashes a record at a college swimming meet in the United States where he is studying. It’s no wonder that his mother is looking pleased when she walks into the bistro-styled Peranakan restaurant in a bright red blouse and black slacks.

She and Oon, the owner and food writer, are friends who go back more than 20 years when Schooling’s publishing business did a book on Oon’s recipes.

“When May told me ‘Joseph wants to win the Olympics’ many years ago, I said, ‘Oh, really?’,” Oon recalls, arching an eyebrow.

Many Singaporeans were equally sceptical when the Rio Games rolled round in August last year. Would Joseph – touted as Singapore’s big Olympic hope – pull it off? He did, beating not just Michael Phelps to win the 100m butterfly, but also setting an Olympic record.

Since then, his parents Colin, 69, tall and dapper, and May, 62, motherly and gregarious, have become Singapore’s most famous parents.

Life must have changed for you, I say as we dig into our starters of kueh pie tee and tauhu goreng.

“It has changed in a good way.

“I’m very happy that Singapore has embraced what Joseph has done and I’m so happy that he did Singapore proud.

“I have told the papers before – I have lost my identity. I don’t have a name any more. When people meet us on the streets, they recognise us and it’s always, ‘That’s Joseph’s mummy and Joseph’s daddy’.”

The attention hasn’t always been positive though. There have been nasty comments online, especially before his Olympic win.

Of these social media trolls, she says: “I’ve always told Joseph, ‘This is the 1%who are just troublemakers. We don’t care’.”

But actually, she does care, because in the next breath she says she wishes she could fight these keyboard warriors and go online to take them down.

“I’m very protective,” she says. Then she adds with a shrug: “But it’s okay. We accept them as well. We hope to turn them around. That’s why I told Joseph, ‘As long as you keep doing well, they can say what they like’.”

May has a reputation in the swimming circles for speaking her mind. In person, her manner is friendly, but also feisty and forthright. She has a don’t-mess-with-me (and my family) vibe and she doesn’t suffer fools gladly.

She has always been outspoken, she says, as we move on to dishes including chap chye, a vegetable stew, which is her favourite and which she eats with relish.

She puts it down to growing up in Ipoh, Malaysia, where she was involved in plays and debates while studying at the Methodist Girls’ School there.

She was also a tomboy who loved sports and did well in them. She represented Perak in tennis, netball and athletics – the throwing events – and played softball at the state and national levels.

Ironically, swimming was one sport she didn’t do. She learnt to swim only after Joseph was born and is an average swimmer.

“I was from a poor family, okay? We never thought of swimming.”

Her late father was a civil servant who became treasurer of Perak. But even then – and she likes to remind Joseph this – he was earning just RM1,300 when he retired.

“But we all survived and before that, his salary was even less.”

She was number two in a family of four girls and one boy. Although her father and family were entitled to live in government quarters, her mother insisted that they own their own home. Her father did extra jobs to pay for their house in Housing Trust, off Kampar Road.

Her mother, who’ll be 89 this year and lives in Ipoh, did not have an education, but made sure the children had dance and piano lessons, scrimping to make this happen. Two of Schooling’s sisters became piano teachers.

“People say I’m a Tiger Mum but no. It was instilled into us that education is important,” she says.

She too plays the piano and is qualified to teach it. But she has no patience for teaching and regards the piano more as a means to let off steam. What she was more keen on was sports. To pay for her sports gear, she gave tuition and played the piano at ballet classes.

“You can earn a few hundred dollars a month and that was how I paid for my games.”

Sports was how she met Colin.

Their paths first crossed when she was 13 and he 20, at a Pesta Sukan softball tournament in Penang. She was part of the Perak team and he was playing for Singapore in the Pirates team. She was oblivious to him at first, then their teams were thrown together again in the years that followed and she got to know him and his family.

After pursuing a diploma in accounting in Ipoh and Kuala Lumpur, she came to Singapore and joined an accounting firm, eventually studying her Association of Chartered Certified Accountants qualifications.

Still crazy about sports, she joined the Singapore Recreation Club to play softball. And there, Colin popped up again.

“When he was young, he looked like a better version of Prince Charles,” she adds.

Both sides of the family had to adjust when they got married in 1983.

She had three miscarriages before Joseph came along in 1995, 12 years into their marriage and when she was already 40 and her husband, 47.

Joseph knew at a young age that he wanted to be an Olympic champion and his parents sent him to the US when he was 14 to pursue swimming. They took turns to go there to be with him.

She gets irritated when people say it was cruel for Joseph to have been sent away at such a young age.

It’s been said they spent S$1mil (RM3.165mil) on Joseph’s Olympic dream. I asked if the figure is accurate. She says his school and swimming fees, housing and airfare for the family travelling up and down would have been about US$100,000 (RM443,750) a year. It’s been eight years.

“I haven’t done the maths yet, okay? All I know is that I’m always looking for money somewhere or other. But Joseph was quite lucky in the sense that things fell into place. When we needed the money, the money came. That’s why I say God guided him along the way.”

She says she has been asked why Joseph’s studies and training aren’t being fully funded by the Government.

“I was told, ‘Why you so stupid? If Singapore wants your son to swim for them, they should pay.’ I said, ‘Tan ku ku’ (a Hokkien phrase for “it won’t happen”).

“That’s why I keep telling everybody, if you feel your son or daughter has it, it’s up to you whether you want to support them. If you’re going to wait for people, don’t do it, okay?”

Still, she is grateful for the support shown to Joseph and wants to do her part to “rally sports” here.

May, who is a permanent resident, is thinking of setting up a sports academy to help and inspire youngsters to take up sports at a competitive level.

“We want to tell all the kids, no matter what sports you do, if you really train hard at it, you can get to whichever level you aim for. It might not be the Olympics, but at least let’s try and get into the national teams.”

She surprises me when she says she believes talent and genes play a very small role in what makes an athlete good.

“I think most people can be trained. Seriously. The only thing the kid has to have is ball sense ... Talent is only like 10% of the equation.”

Hard work, however, makes all the difference.

She says Joseph, who’s studying at the University of Texas in Austin, is “technically good for two more Olympics” and she believes that the number of golds he wins in future depends on “how many he wants”.

They speak twice a day, even if it’s just “a good morning and a good night and love”.

Does she have a view on girlfriends?

“I encourage Joseph to have friends, whether girls or guys doesn’t matter to me,” she says.

“He makes his own bed and if badly made, he will have to live with it.”

We’ve finished lunch, but there’s quite a bit of food left. Schooling May asks for it to be packed up. “Never throw food away,” she declares. “I go back I can still eat.”

In the days that follow, Joseph goes on to break two more records at the college meet. Here in Singa-pore, you can bet the woman who loves him the most was beaming with pride. — The Straits Times/Asia News Network 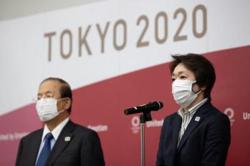