Deputy Home Minister Datuk Nur Jazlan Mohamed said that so far there has been no indication that she was speeding, drunk or using her mobile phone during the Saturday 3.30am incident.

He said he hoped people will not speculate and turn the incident into something racial.

Nur Jazlan was speaking to reporters during a Chinese New Year open house organised at his Pulai constituency here Sunday.

He reiterated the need for parents to be responsible enough to know the whereabouts of their children at night instead of putting the responsibility on police.

"The state government can also get local councils to take action against children loitering in the city at night," he added.

On Saturday, a group of eight teenage cyclists were killed in an accident near an exit of a bypass.

A car driven by a woman in her 20s ploughed into them along Jalan Lingkaran Dalam, near the Mahmoodiah Muslim cemetery. 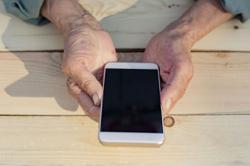