People watch a TV screen broadcasting a news report on the assassination of Kim Jong-nam. - Reuters

KUALA LUMPUR: One of the four men sought by police over the assassination of North Korean leader Kim Jong-un's half-brother Kim Jong-nam has been detained.

It is learnt that the suspect was arrested after police raided a condominium in Jalan Kuchai Lama at about 11pm on Friday.

The 47-year-old suspect was found to be holding a North Korean passport at the time of arrest.

Three more men are being hunted by police in the investigation into Jong-nam's murder.

On Thursday, Indonesian Siti Aisyah was arrested at a hotel in Ampang at 2am.

Police said she was identified based on CCTV footage at the airport and was alone at the time of arrest.

On Wednesday, the first suspect, who holds a Vietnamese passport bearing the name Doan Thi Huong, was arrested at KL International Airport 2 as she was preparing to board a flight to Vietnam. She had taken a taxi from a hotel in Bandar Baru Salak Tinggi to the airport that day.

Jong-nam, 45, was killed by two women who splashed his face with a chemical at the KLIA 2 departure hall at about 9am on Monday. He was about to leave for Macau. 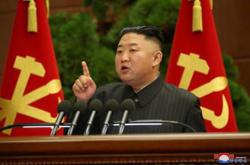 INTERACTIVE: Share of fully vaccinated population in Malaysia now higher than in US
S’wak first to give booster shots
Good initiative but further studies may be needed
Woman loses RM53,000 in phone scam in Penang
Elderly woman, who is Covid-19 person under surveillance, found dead in ditch
Covid-19: Another 13,104 cases, 1.5% in categories 3, 4 and 5
EMCO at two localities in Pahang from Tuesday (Sept 28)
Penang cops nab trio to assist in murder probe
Teachers who refuse Covid-19 vaccines may be transferred, says Education Minister
Focus on business-friendly policies and not bumiputra equity requirement, Finance Ministry urged