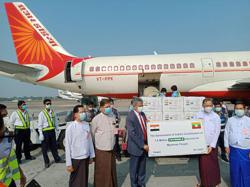 KUALA LUMPUR: Malaysia should take the lead in getting the United Nations’ Human Rights Council to set up a Commission of Inquiry on the atrocities against the Rohingya, said investigative filmmaker Mahi Ramakrishnan.

She said Malaysia was in a perfect position to lead the initiative after Prime Minister Datuk Seri Najib Tun Razak’s strong stand on the issue.

She pointed out that no other leader in the region had urged the world to stop the genocide of Myanmar’s Muslim Rohingya mino­rity.

“When the killing stops, the Rohingya will stop fleeing Myanmar,” said Mahi after the screening of her documentary Bodies for Sale about Rohingya refugees.

She said non-governmental and civil socie­ty organisations should also support this push for an inquiry on crimes committed by Myanmar’s army.

Burma Human Rights Network executive director Kyaw Win said the Commission of Inquiry would ensure justice for the victims while putting perpetrators on notice that their crimes would not go unpunished.

He said the scrutiny of the commission could lead to a reduction in violence and prevent more atrocities.

Kyaw said it is very important for the international community to support this idea and added “Malaysia has a big role because of commitment to stop the violence”.

Rohingya refugee Ziaur Rahman said he appreciated Malaysia’s efforts but added they needed an end to the violence.

“We don’t need food, we need a permanent solution,” said the 23-year-old who had to leave Myanmar when he was a baby.

Ziar said his dream was to return home and to live in peace.