PETALING JAYA: Conservation groups have expressed “surprise and concern” over a move to revoke the heritage status of the Malaysia Tourism Centre (MaTiC) and Dewan Tunku Abdul Rahman in Jalan Ampang.

Once used for the installation of the country’s first Agong as well as its first Parliament meeting, the sites have been stripped of their status in a notice published in se­ve­ral newspapers on Dec 28.

It stated that it was revoking their designation as previously published in another notice on June 16 this year under powers conferred by Paragraph 31(2)(a) of the National Heritage Act.

The notice was signed by Heritage Commissioner Dr Zainah Ibrahim.

Heritage of Malaysia Trust president Elizabeth Cardosa said there was no provision in the Act for the revocation of a heritage site gazette.

“Unless the Act is amended to allow for this, it is questionable if the commissioner has the power to revoke a heritage site which has already been gazetted and if that is so, this revocation is ultra vires the Act,” she said.

Cardosa said the buildings had huge historical significance to the country.

“What is now referred to as MaTiC was in the past called Dewan Tunku Abdul Rahman. This complex of buildings along Jalan Am­­pang has had many historical uses since it was built in 1935,” she said.

The main building, originally the house of wealthy businessman Eu Tong Seng, became a centre for many social activities in Kuala Lumpur in pre-World War II.

During the war, it was used by the British and Japanese armies as a war office. In 1956, it was acquired by the government of Malaya.

“It was renovated and the installation of the first Agong was held here in 1957. In 1959, it was used for the first meeting of Parliament of the independent Malaya,” said Cardosa. 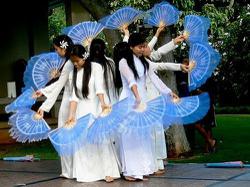