Native customs have no force of law, rules Federal Court

KUCHING: The Federal Court has ruled that native customs have no force of law to allow the Dayaks to own communal land and forests next to their cultivated farmlands.

In a majority judgment, three senior judges made the landmark ruling yesterday stating that there was no law in Sarawak that gives the force of law to customary rights claims by the Dayaks over forest reserves (pulau galau) and communal land or territorial domain (pemakai menoa) as native customary rights (NCR) lands.

In the Tuai Rumah Sandah’s case, the state government appealed to the Federal Court after the Court of Appeal and High Court recognised the ‘pemakai menoa’ and ‘pulau galau’ as part of the NCR.

On March 13, 2011, High Court judge Justice Yew Jen Kie allowed a civil suit filed by the eight Dayak landowners against a timber company and the state government for encroaching into their native land including the ‘pemakai menoa’ vide a timber license issued by the state to the company.

The company argued that NCR land should be restricted to the ‘temuda’, which had been cleared before 1958.

On June 13, 2013, the Court of Appeal agreed with the High Court’s decision, saying that “pemakai menoa” and “pulau galau” were NCR lands. 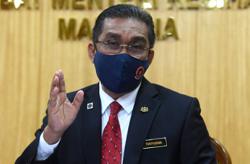