IS may set up terror base in Asean region, warns Hisham

KUALA LUMPUR: The Islamic State (IS) is now “desperate” and may be looking to the Asean region as its next terror base instead of the Middle East, says Defence Minister Datuk Seri Hishammuddin Hussein.

“The Abu Sayyaf and other terrorist groups have stated their support for the Islamic State.

“If they (IS fighters) flee from Iraq and Syria as what is happening now in Aleppo, Mosul and Raqqa, I hope the cooperation between Asean countries can be increased as there is a possibility that they might create an Islamic Caliphate in our region,” he told reporters after attending the 2016 graduation ceremony of offi­cers at the Royal Military College (RMC) here yesterday.

“That is why a strong regional cooperation among Asean countries is vital to prevent this from happening. We have to cooperate closely to make sure these worries do not become a reality.

“They (IS) are quite desperate. If they have already gained a foothold in the region, by then it will be too late.”

Hishammuddin said one example of Asean cooperation on the issue was the trilateral agreement between Malaysia, Indonesia and the Philippines, where they would conduct coordinated patrols, joint patrolling and hot pursuits.

“These three SOPs (standard operating procedures) have been agreed upon and is now at a level that we have never seen before,” he added.

On news reports that China is placing military assets on islands in the South China Sea, Hishammuddin said his letters to his China counterpart, Minister of Defence and State Councillor Gen Chang Wanquan, and US Secretary of Defence Ashton Carter would be referred to the Foreign Ministry.

He added that the South China Sea dispute on the overlapping claims on the islands fell under the purview of the Foreign Ministry.

“But our navy will work to ensure that there are no untoward incidents in the South China Sea,” he said.

It was reported that Malaysia would seek clarification from China on claims it was placing military assets on disputed islands in the South China Sea.

Reuters reported on Wednesday that China appeared to have installed weapons on the seven artificial islands in the South China Sea. 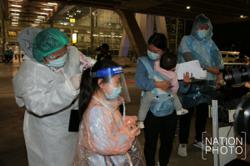 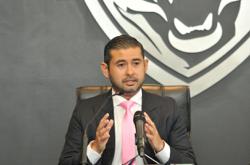