Excise duty for locally-produced liquor up a whopping 150% KUALA LUMPUR: The Finance Ministry has increased the excise duty for locally-produced hard liquor by 150%, which is expected to affect sales domestically.

He said the new excise duty rate for locally produced hard liquor is RM60 per litre, a huge hike from the previous RM24 per litre.

"The new excise duty rate effectively increases the cost of local alcohol products, and we project a 60% drop in sales among our members," he said of the new rate imposed by the Ministry on Oct 10.

"We only came to know of the increase on Oct 12 when purchasing the tax stamp from the Customs Department," he added.

He said the new increased prices will come into effect after Dec 15 as the Ministry has granted them a grace period before implementing the ruling.

Once implemented, the price of local liquor will increase by almost 75%.

He said that the new price of a 700ml bottle of local liquor, for example, would cost RM45, up from RM25 previously. 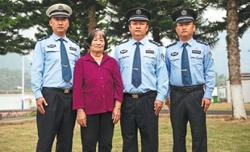