KUALA LUMPUR: The Table Tennis Association of Malaysia (TTAM) auctioned the "Perfect" vanity car plates to raise funds to meet the shortfall when it hosted the world championship in February this year.

Its vice-president Han Kee Juan said the deficit occurred after the tournament venue was changed from Bukit Jalil Stadium to Malawati Stadium, which pushed up costs from RM10mil to RM16mil.

He said with the consent of the Road Transport Department, TTAM auctioned the "Perfect" number plates, raising RM5mil and selling 80 of the allotted 100 numbers.

He said the use of the word "Perfect" reflected the full name of the tournament - Perfect 2016 World Team Table Tennis Championship – and to honour TTAM's president Tan Sri Koo Yuen Kim, who sponsored RM5mil to the tournament through his China-registered company Perfect Co. Ltd.

Han was responding to a statement by Perak DAP chairman Nga Kor Ming who said that a direct sales company called Perfect misused its connections with the RTD by selling the number plates for a huge profit.

Han demanded an unconditional apology from Nga, saying the accusations tarnished the association's name and could hinder its future fundraising efforts.

He said the word "Perfect" can be used in many ways.

"These number plates have no logos or connection to this direct sale company. In fact, many other companies use the name Perfect," Han told a press conference at the association’s headquarters.

Asked if the money raised was used entirely for the championship, Han said there was a bit extra from the fundraising, which would be channeled to TTAM's other efforts, including providing training for players and building a new club house.

He said the association's accounts were completely transparent and were annually audited by chartered accountants and the Sports Commission.

On Sept 4, Nga had posted on his Blogspot page that a direct sales company was selling the Perfect number plates and called it a case of cronyism.

The politician had been involved with similar number plate controversy, where he accused Yayasan Patriot Negara of abusing its political connections by selling "Patriot" vanity number plates. 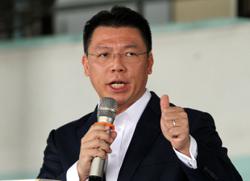 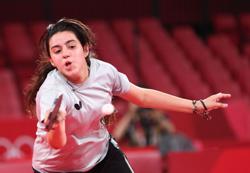