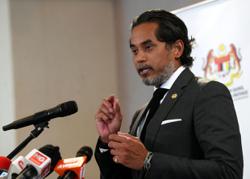 PETALING JAYA: Hindu religious groups are urging the Government to seek alternatives to vaccines that contain beef gelatine, in consideration for groups of Malaysians who do not consume beef.

All 10 vaccines meant for the national immunisation schedule issued by the Health Ministry are free from pork gelatine, which is substituted with bovine sources.

Malaysia Hindu Sangam president R.S. Mohan Shan pointed out that practising Hindus and some Buddhists abstained from beef, and there were also people who were vegetarian.

“Some people may refuse outright to be vaccinated because of the bovine-based gelatine, so the Govern­ment has to be more considerate about these groups,” he said.

“The Government should look into alternatives that are from plant-based derivatives,” he said.

Both called on the Health Ministry to also ensure all medicines containing animal by-products were appropriately labelled so patients and doctors could discuss possible alternatives.

However, Mohan appealed to Hindus to keep in mind religious teachings which he claimed provided exceptions for materials that were capable of doing greater good.

“Of course eating beef is discouraged, and Hindus, along with some Buddhists and vegetarians, will not partake in it.

“But you have to remember that vaccines are meant to save lives.

“Hinduism is a progressive religion, and it gives importance to the beneficial and medicinal values of products even if it is forbidden for consumption,” he said.

Health Ministry deputy director-general Datuk Dr Jeyaindran Sinnadurai also said many religions did allow for exceptions if it was used for healing and medicinal purposes.

“People should look at the benefits over religious issues. If there is no option, the vaccination should be allowed.”

Yesterday, family medicine specialist Dr Suhazeli Abdullah was reported as saying that the hydrolysed gelatine, used as a stabiliser in the MMR (measles, mumps, and rubella) vaccines, was from bovine sources. 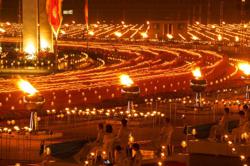