MALAYSIA’S economic and business outlook looks depressed from official projections and private sector surveys, but this may be lifted by the massive inflow of Chinese funds and investments.

Chinese Premier Li Keqiang, who promised last November to help embattled Malaysia overcome its economic problems during his official visit to Kuala Lumpur, is seen delivering his promise soon after his return to Beijing.

The first was the purchase of 1MDB’s energy assets in Edra Global Energy Bhd for RM9.83bil by state-owned China General Nuclear Power Corp in the same month. This was followed by the multi-billion ringgit purchase of a substantial equity stake in Bandar Malaysia by China Railway Construction Corporation on Dec 31.

Last month, China Railway Engineering Corporation announced its plan to set up its multi-billion regional headquarters in Bandar Malaysia, which will host the main terminal for the planned KL-Singapore High Speed Rail.

On Monday, The Star reported that China’s government has started buying more Malaysian Government Securities (MGS) and this inflow of new money could possibly rise to RMB50bil (about RM30bil) in total or 8.5% of Malaysia’s total outstanding MGS in early April.

The report on China purchasing Malaysian bonds spurred the ringgit’s rise to a Monday intra-day high of 3.8752 against the dollar, before ending at 3.8888 from 3.9015 in previous trading day.

The bond purchase is seen as a reason for the strengthening of the ringgit to around 3.9 to a dollar in recent weeks, from its low of 4.46 last September.

From late 2014 to early this year, the ringgit had been hit by the non-stop outflow of funds, 1MDB woes and the local political issues.

Though many analysts look at China cautiously – warning that the Middle Kingdom is eyeing the RM70bil HSR project and thanking Malaysia for adopting a non-confrontational approach towards Beijing on disputed claims in South China Sea waters – most are convinced that these massive investments and inflows are real and impactful.

China is also seen as throwing a lifeline to Malaysia. Without a doubt, China’s investments may help Malaysia achieve its target to attract RM40bil worth of foreign direct investment (FDI) this year.

“Like it or not, China has played a positive role in brightening up our economy this year and possibly in the future. They have started buying our bonds and they are planning more investments into Malaysia,” says International Trade and Industry (MITI) Minister II Datuk Seri Ong Ka Chuan when met at his office recently.

“Apart from China, I don’t see other countries entering Malaysia in a big way. Many countries where our traditional FDIs have come from are hit by economic downturn or financial woes,” he adds.

Despite the slower economic growth of China, the minister expects Chinese investments in sectors they are in now to increase.

China, apart from being Malaysia’s largest trading partner taking up 19% of its exports, is presently one of the top five foreign investors in the country.

Investments from China in the manufacturing, construction, infrastructure and property sectors are at significant levels now.

According to official data, China’s investments in local manufacturing from 2009 to 2015 totalled RM13.6bil and are expected to create 24,786 jobs.

The Chinese are also in the financial sector, with the presence of Bank of China and Industrial and Commercial Bank of China. And in telecommunications are Huawei and ZTE Corp.

Chinese companies are also undertaking major construction projects related to highways, bridges and power stations in the country. Giants such as Sinohydro have been involved in many big projects in Malaysia worth more than RM7bil, according to Ong.

Within the real estate sector, conglomerates such as Country Garden and Greenland Group are building residential and commercial blocks in Iskandar Malaysia, Johor. The latest huge project, with strong Chinese interest and involvement, is the multi-billion-ringgit Forest City Johor.

“Chinese investors are also invited to explore the services sectors in tourism projects, education, healthcare and wellness centres, ICT, e-commerce, etc. We would like to urge Chinese investors to view Malaysia as their gateway to the vibrant and growing Asean market,” says Ong.

In recent years, in-bound Chinese tourists have contributed to the much-needed foreign exchange earnings. Arrivals are expected to increase this year due to the introduction of e-Visa and visa exemption for tourists from China.

In the two-hour interview, Ong also gives a glimpse on the latest developments in trade and investments. Here are the excerpts:

Q: What is the outlook for Malaysia’s trade this year? Will trade surplus continue to shrink?

Bank Negara Malaysia (BNM) has said that our economy is expected to grow by 4.0%-4.5% in 2016. Merchandise exports are forecast to expand by 2.4% and imports to increase by 4.9% in 2016. Based on BNM’s projection, trade surplus is projected to be narrower from the previous year.

> Do you expect FDIs to increase or decrease this year?

During the period 2011-2015, a total of 29,267 projects were approved in the primary, manufacturing and services sectors with investments worth RM968.3bil. From the total, 27% or RM263.1bil were from foreign sources.

In the past five years, foreign investments were mainly in the primary sector (mainly upstream oil & gas sub-sectors), manufacturing and the services sectors.

The priority now is to bring in investments that can help fulfil the country’s aspirations and for Malaysians to get quality and high-income jobs.

In this regard, one of the most notable quality projects approved is from Oncogen Pharma (Malaysia) Sdn Bhd of Dubai. Its R&D facility in Shah Alam will be the first API Oncology Research Centre in Asean.

FDI activity in Malaysia is expected to be sustained in 2016 by the implementation of projects approved in previous years.

In 2015, FDI inflows into the country reached RM39.5bil, 11.8% higher than that recorded for 2014. The bulk of Malaysia’s FDI inflows were in the manufacturing sector. Japan, US, Singapore, Germany and Netherlands were the top contributors for realised investments in 2015.

> How do you see the performance of local investments?

Contrary to the perception that local business and consumer sentiment has been hit in recent years, the share of approved projects from domestic sources has been on an increasing trend from 2011 to 2015.

During the period 2011-2015, out of the total 29,267 projects approved in the primary, manufacturing and services sectors with investments worth RM968.3bil, 73% or RM705.2bil were from domestic sources.

This trend is in line with the goals under the Economic Transformation Program (ETP) and the 11th Malaysia Plan (11th MP), where domestic investors will be the key driver of the country’s growth towards an advanced nation by 2020.

The Government continues to support domestic investors to move up the value chain towards internationalisation of local companies to become global champions.

> Why are you so positive on investments from China?

Malaysia offers unparalleled advantages for companies with a regional strategy. China’s business community is encouraged to view Malaysia as the gateway to the enormous Asean market. In terms of geography, Malaysia is ideally situated in the region. In terms of connectivity, we are unmatched. In terms of policy, Malaysia’s pragmatic, prudent and business-friendly approach is already gaining worldwide endorsement.

In addition, Malaysia’s bilateral economic ties with China has been further enhanced with the implementation of Asean-China Free Trade Agreement (ACFTA), which contributes towards increasing opportunities in trade and investments for both Malaysia and China through greater market access for goods, services and investments, as well as enhancing industrial competitiveness, technology transfer and development, and enhancement of domestic capacity.

The removal of trade barriers between Asean and China has also strengthened Malaysia’s position as a preferred investment destination. With the entering into force of Asean-China Investment Agreement in 2010, it is expected that there will be more investments from China.

> How has the economic slowdown of China impacted Malaysia-China trade?

China’s economic growth for 2015 slowed to 6.9% -- the lowest since 1990, but it is still high compared to other economies. December quarter year-on-year growth was the worst since global financial crisis in 2008. Industrial production, retail sales and investment all narrowly missed analyst forecasts.

According to China, this is the “new normal”. China’s new economic transformation to be a consumption driven economy will affect many of China’s major trading partners, including Malaysia.

However, the key point to note is that despite the slowdown in China, consumption demand is still huge, as China strives to enhance its industrialisation and urbanisation, especially in second and third tier cities which have great potentials to further spur China’s growth.

Furthermore, China’s e-commerce development has been impressive and it is now the world’s largest e-commerce market having overtaken the USA. This will create more upgrading opportunities to further boost consumption.

In 2015, Malaysia’s exports to China recorded a double-digit growth of 10% to RM101.53bil. Higher exports were registered for manufactured goods amounting to RM82.26bil, an increase of 10.2%, accounting for 81% of Malaysia’s total exports to China.

The strong performance of exports of manufactured goods cushioned the impact from the slowdown in demand for commodities by China. In fact, exports of commodities such as palm oil, minerals, petroleum and gas merely make up 18% of Malaysia’s total exports and thus have limited impact on Malaysia’s export performance to China.

In 2015, China remained as Malaysia’s largest import source with 18.9% share of total imports. Imports expanded by 12% to RM129.36bil with higher imports recorded for apparel and clothing accessories, machinery, appliances and parts as well as, transport equipment.

Malaysia and China’s economic and trade cooperation will grow even closer in the years ahead, leveraging on major initiatives involving our two nations. In October 2013, both countries set a trade target of US$160bil (RM624.1bil) by 2017.

Malaysia is also ready to tap the immense economic opportunities of the “One Belt, One Road” project to enhance bilateral trade with China. The establishment of the Asian Infrastructure Investment Bank and the launched of the US$40bil funds will provide further stimulus and spillover effects to economies in the region. The 21st Century Maritime Silk Road initiative will lead to the creation of many infrastructure projects along the road, which will benefit Malaysian companies.

Malaysia has been China’s largest trading partner in Asean since 2008. The establishment of the Asean Economic Community (AEC) and the Regional Comprehensive Economic Partnership (RCEP), which is being negotiated between Asean and its FTA partners (China, India and Japan) will provide a major boost for Malaysia-China bilateral trade.

> Do you think the 2017 bilateral trade target of US$160bil should be pushed back?

Weighing the global economic phenomena, it is certainly a challenging time for both Malaysia and China. However, we will continue to try our very best to achieve the trade target.

> What is the investment scene at Malaysia-China Kuantan Industrial Park now?

Since the announcement of Malaysia-China Kuantan Industrial Park (MCKIP) in 2013, there have been notable developments taking place.

Guangxi Zhongli and ZKenergy will be investing in clay porcelain manufacturing and renewable energy & manufacturing, respectively. Both investments amount to RM2.2bil.

Apart from this, there are another nine potential investors from China keen to invest in MCKIP.

> How is the Government helping the non-Chinese to grab business opportunities in the “One Belt, One Road” programme of China?

Since Mandarin is spoken widely in China, many local non-Chinese speaking business associations are teaming up with Associated Chinese Chambers of Commerce and Industry (ACCCIM) and Malaysia-China Chamber of Commerce (MCCC) to help non-businessmen who are keen to explore opportunities.

We are blessed to be a multiracial society. It gives us the edge to capitalise on each other’s strengths. 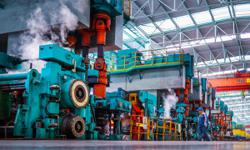