KUALA LUMPUR: It has been long known that Malaysia is the fattest country in South-East Asia. Now, it has been proven that the administrative capital of Putrajaya has the highest rate of overweight and obese people in the country.

Findings from the 2015 National Health and Morbidity Survey (NHMS) placed Putrajaya as the city with the highest percentage of overweight, obese and abdominally obese people in the country.

The study also suggests that the administrative capital’s population has a 37% chance of being overweight, while the obesity rate stood at 43%.

Even more startling, the NHMS said government and semi-government employees took the cake as those struggling most with obesity, with a 40.3% rate.

This could mean two out of every five of Malaysia’s civil servants may be obese.

Malaysia’s civil service has 1.4 million employees, according to the Prime Minister’s Office, and is the largest civil service in South-East Asia.

Other obesity demographics pointed out in the survey were Indians (43.5%), married adults (33.8%) and those who only studied up to secondary school (32.1%).

The findings put the Government in a rather red-faced situation, as it works on reversing the climbing number of obese and overweight Malaysians.

“As the number of people with obesity increases, the nation now is facing an upward surge of non-communicable diseases such as diabetes and cardiovascular diseases,” the survey concluded, describing the Malaysian obesity epidemic as alarming.

Although a review of public health policy was not necessary now, it opined, the Government was asked to provide more supportive environments for Malaysians to lead healthier lifestyles.

Malaysian Medical Association (MMA) president Dr Ashok Zachariah Phillip agreed, saying that the life of a typical government servant did not afford them much time or money to stay healthy.

“If you look at the strata, it’s usually the lower grade workers who are overweight because it takes money to keep fit. Government workers go to work at 7am, come back at 7pm and have no time between work and family to even think of exercising,” he said.

It doesn’t help either that basic essentials like white rice, sugar and oil are staple Malaysian diets and are unhealthy, he said.

“For us doctors, this could be a real headache 20 years down the road. We are going to have a growing population with stroke and heart disease, and kidney failures that will increase the health budget at an unsustainable level,” he added.

The Government needs to look into setting up more gyms in agencies and dish out incentives for employees to fight the bulge.

“I don’t think the people are in the best state of health,” he said.

He said general sedentary work has a correlation to obesity, a trend which government agencies, namely the police, were trying to counter.

“The police recognised this recently and have taken some effort to make sure they have lean policemen. They will try to take action to meet this target,” Dr Subramaniam said yesterday.

Malacca and Perlis are the states with second and third highest obesity rates. Sabah and the Federal Territory of Labuan were the slimmest states. 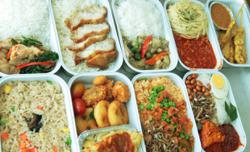 Hishammuddin: Asean must purchase Covid-19 vaccine as a bloc