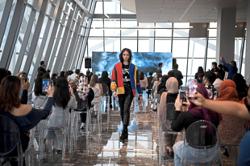 PETALING JAYA: A couple managed to hack a dozen Touch ’n Go cards and for two months used them illegally for toll fares and a number of over-the-counter purchases.

The husband and his wife cracked the encryption on the Touch ’n Go cards and illegally reloaded them to the maximum sum of RM1,500 using an Android app downloaded off the Internet.

They installed the app on a smartphone and used its Near Field Communication (NFC) – a wireless technology that enables two electronic devices to be connected within a short range – to reload the cards.

Within two months, they chalked up losses of about RM20,000 to the cashless system operator using the illegally reloaded cards until the long arm of the law caught up with them.

Petaling Jaya OCPD Asst Comm Mohd Zani Che Din said the two, who are in their 40s, were arrested at their home in Kota Damansara here at around 9.30pm on Feb 22.

“We seized a laptop, a smartphone, an iPad, 12 Touch ’n Go cards and one SmartTAG.”

The couple, he added, had also used the card to make purchases at several retail outlets as well as for toll fares.

He said investigations showed that they had sourced the app from an online forum.

“We are looking into this online forum as well,” he said, adding that the case was being investigated under the Computer Crimes Act. 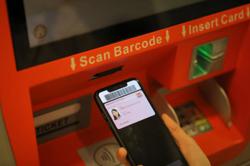