PETALING JAYA: There are five newcomers who broke into the exclusive club of Forbes’ Malaysia’s 50 richest list.

Nirvana Asia is an integrated death care service provider and was listed on the Hong Kong Exchange in December, 2014.

Nirvana Asia runs private cemeteries, columbarium facilities and funeral homes in Malaysia and Singapore. It is now expanding into Indonesia, Thailand, Vietnam, Hong Kong and China with a sales network of more than 3,000 agents.

Shares of Karex soared 36% during the past year. His father, Huang Chiat, started the company in 1988.

The company churns out nearly 4.5 billion pieces of condom a year and recently acquired Medical-Latex, which was its first customer.

Smart online startups and investments put Grove on the roster at number 39 with a net worth of US$260mil (RM1.1bil). He is the co-founder and chief executive officer of Catcha Group.

The company makes gloves for clean room and healthcare uses; customers include major hard-disk manufacturers such as Hitachi, Seagate and Western Digital.

Lim ranks number 50 with a total net worth of US$195mil (RM822.3mil) returns after one-year absence, though he was worth US$35mil (RM148mil) less than in 2014. He returns after he raised his stake in palm oil company Kretam Holdings, where he is CEO, to more than 60%.

Ahmayuddin, a low-profile figure in the business world, sits on the board of Westports Malaysia, the group’s investment holding company that manages port operations and development projects. Ahmayuddin was ranked number 28 on the list in the 2015 ranking.

Iskandar-based property tycoon Tan Sri Lim Kang Hoo, 61, is ranked number 26 in the list with a total net worth of US$550mil (RM2.32bil).

Lim controls Iskandar Waterfront Holdings, the master developer of 4,000 acres slated to become a new urban centre in Johor. Last year he entered into joint venture with China Railway Engineering Corp to buy a controlling stake in the Bandar Malaysia development, an urban township outside Kuala Lumpur, from the Government in a US$1.8bil (RM7.6bil) deal. 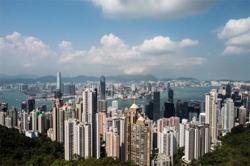