A pregnant woman was beaten by her husband’s mistress, Harian Metro reported.

According to a police source, the incident took place two days ago at the mistress’ house in Rawang.

The 26-year-old woman who questioned the mistress over the affair was verbally abused and punched in the stomach.

The source added that in an ear­lier incident, the husband also hit the wife and twisted her arm when she questioned him.

The victim was frequently physically abused after she found out about the affair a few months ago, said the source.

Gombak OCPD Asst Comm Ali Ahmad confirmed that the victim had lodged a police report and said that investigations would be carried out under Section 323 of the Penal Code and Section 18A of the Domestic Vio­lence Act.

Siti, who has a big following in Indonesia, had just returned from celebrating her 37th birthday in Jakarta with her fan club members, Sitizoners Indonesia.

“I appeal to everyone to pray so that this crisis does not persist.

“I hope it won’t happen again. I also hope that my fans in Indonesia are not affected by this incident.”

She offered her condolences to the victims’ families and hoped that the people in Jakarta would assist the authorities to bring peace.

Sheila, who has a concert in Jakarta in April, also expressed her sadness on her Instagram account and is praying for the continued safety of her fans there.

Abdul Zackery, 38, admitted that he attended counselling to help save their marriage and that he did not agree to the divorce filed by Zahnita.

“I still want to try and save it,” he told Syarie judge Muhd Hisyam Zakaria when asked why he did not want a divorce during the first hearing of the case at the Lower Syariah Court in Shah Alam on Thursday.

According to Zahnita, the pair had not lived together since Nov 13 last year and in her statutory declaration, she said there was no more understanding with her husband. 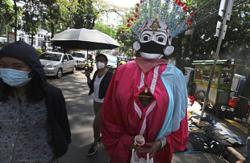 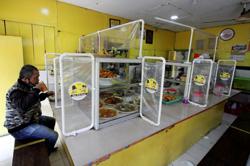 Business braces for impact as Jakarta heads into second lockdown