Researcher: Long-term exposure to bauxite dust can lead to Alzheimer 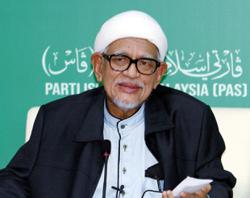 Extensive digging for bauxite at Felda settlements near Bukit Goh leading to dusty and damaged roads has driven Felda to appoint the Bukit Goh Bauxite Mining Management Commitee to develop a standard operating procedure for mine operators.

He said bauxite contained aluminium hydroxide and if inhaled, the bauxite dust, which is released into the air over a long period of time, could block the oxygen supply to the blood and nervous system.

"When the brain does not get sufficient oxygen, a person is exposed to the risk of Alzheimers or suffer memory loss," he told Bernama when contacted here today.

He said, based on a study conducted by the institute at several affected areas in the last few months including at the Bukit Goh Tahfiz School, located near the main bauxite transport routes, found that the air pollution there had exceeded the hazardous level and recorded an Air Pollutant Index reading of 468.

Azman described the air pollution in the area as serious and he estimated that the suspended particles less than 10 microns had reached levels over 200 ug/m3 (microgrammes per cubic metre), exceeding the standards set by the Malaysian Ambient Air Quality Guidelines of 150 ug/m3.

Azman also voiced concern over some residents and workers who seemed to be neglecting their own health as they did not wear safety masks, adding that those people were facing breathing difficulties, coughs, allergies, itchy eyes as well as liver problems.

"Besides mining workers, others who are at risk are babies, children and senior citizens as they have a higher breathing air requirements and weaker body immunity system," he said.

According to Azman, the pollution problem could be reduced if the relevant law enforcement agencies had taken appropriate action when bauxite-mining activity began in the district.

"Personally, I think the relevant agencies including the Department of Environment should have monitored the situation from the beginning especially in the aspect of the implementation of the mining works.

"The dust can be reduced if all lorries carrying bauxite properly cover their load and the roads used to transport are washed with water.

"At the same time, buffers should also be built along the routes to filter the water used to clean up the dirty roads before it flows into rivers," he said.

He said the Department of Safety and Health (Dosh) should also play its role by ensuring those working in the bauxite industry always wear safety masks to prevent their health from being affected.

"However, so far there is no conclusive evidence that aluminium poisoning through the air can cause the disease. It's just a theory without medical evidence," he said.

At the same time he did not deny that the number of patients who sought treatment for respiratory diseases such as asthma, colds and coughs in the government clinics and hospitals and in the state had recorded an increase. - Bernama 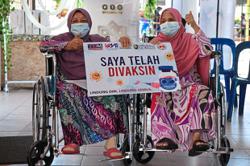