Khir Toyo jailed for one year 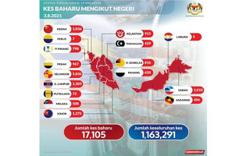 Chief Judge of Malaya Justice Zulkefli Ahmad Makinudin, who chaired the five-man panel, made the order on the grounds that Dr Khir had committed a crime within his knowledge as a public servant for obtaining for himself and his wife two plots of land and a bungalow in Shah Alam.

He said such mitigation was only applicable for light offences.

Dr Khir will be sent to the Kajang prison.

On Sept 22, the same panel convicted Dr Khir after dismissing his appeal to set aside his conviction.

He was charged with obtaining for himself and his wife two lots of land and a bungalow at Lots 8 & 10, Jalan Suasa 7/1L, Shah Alam, through Ditamas Sdn Bhd director Sham­suddin Hayroni.

Dr Khir committed the offence knowing that Shamsuddin had dealings with him in his official capacity as mentri besar at the time.

On May 30 last year, the Court of Appeal rejected Dr Khir’s appeal against his conviction and upheld the court order for him to forfeit ownership of the property and hand it over to the government. 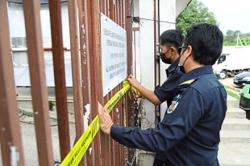