Need to improve lives of the disabled

So what do we do now?: A disabled person struggling to go down the stairs in his wheelchair.

The 25th anniversary of the American Disability Act is striking a bitter chord in global citizens with disability,
including Malaysians.

IT was a culture shock for wheelchair user Anthony SB Thanasayan when he first got a chance to go to the United States.

“This was more than 10 years ago – when I reached the airport, I was picked up by someone who clearly could not dress himself (due to his physical disability) but was independent enough to drive.

“Then I tried taking the bus around town, it was so easy with all the facilities they have for the disabled. It was a real culture shock for me, I didn’t think it was possible for a person with disability to be so mobile,” says the disability rights activist and former Petaling Jaya city councillor.

Then there were the elevators with Braille buttons, Braille menus and closed-caption text or sign language interpreter for movies and television shows.

These are some of the facilities provided and changes made under the 1990 Americans with Disabilities Act (ADA) to help people with disability in the US gain greater independence, inclusion and equal opportunity to participate fully in society.

The major advancements were undoubtedly in access to employment and education.

Now with its 25th anniversary coming around on the 26th of this month (July), the ADA’s milestone is being marked with various advocacy programmes, including a recent global webchat between American disability rights activists and their counterparts from around the world.

Malaysia was one of over 10 countries around the world including Armenia, Sri Lanka, South Korea, Pakistan, Taiwan, India and Tajikistan who joined in the live discussion on the Internet from the State Department office in Washington, moderated by the State Department’s special adviser for persons with disabilities Judy Heumann.

The other panellists from Washington were Ann Cody, a Paralympian and member of the International Paralympic Committee and King Jordan, former president of Gallaudet University, a private university for the deaf.

As Heumann puts it, the ADA was the world’s first comprehensive law on the rights of people with disability.

The ADA is a civil rights law that prohibits discrimination against individuals with disabilities in all areas of public life, including jobs, schools, transportation, and all public and private places that are open to the general public. The purpose of the law is to make sure that people with disabilities have the same rights and opportunities as everyone else, says Heumann.

“The law took eight long years to write and pass, and was only achieved through the resilience and commitment of its proponents.”

It has made a big difference in the US, she notes, “Only years later did we realise the impact it has had on the world – it was influential internationally to encourage the civil society activists and groups to begin writing their own legislation to protect the rights of their people with disability.” Sumitra: Sumitra cites power imbalance as the reason for harassment in the workplace.

The ADA was also one of the influences behind the United Nation’s Convention on the Rights of Persons with Disabilities in 2006, which has been ratified by about 159 countries.

Malaysia passed its own Persons with Disabilities Act in 2008 and ratified the UN Disability Rights convention in 2010.

Sadly, more than five years on, not much has been done to put the law fully into practice, Thanasayan says.

“Malaysia has taken an important step to protect the rights of people with disabilities but not much has been done to implement policies to empower them or change practices that violate their rights.” 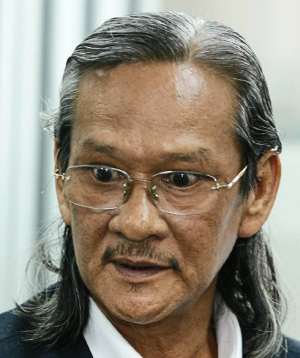 Mohd Khalid: Investigation should be done by an independent body.

People with disabilities remain outside the mainstream while compliance for disabled-friendly designs in buildings and provide accessibility is sporadic at best. Employment opportunities, including a non-binding 2009 plan to allocate 1% of government workforce for persons with disabilities, have not matched expectations.

Access to school and universities for young people with disabilities remains low – for example, many schools still do not provide access and facilities for students who use wheelchair or programmes and trained personnel to assist children with learning disabilities.

Those who rely on service animals, like guide dogs, find their movements and accessibility restricted, adds Thanasayan, who is also president of Malaysia’s first and only animal-assisted therapy society, Petpositive.

He strongly believes that the disability rights law in Malaysia is ineffective because there are no punitive measures.

Notably, enforcement seems to be a common issue faced by many of the disability communities worldwide, as raised by representatives from Armenia and Taiwan, among others, during the live discussion.

And as underscored by Heumann, enforcement was also a problem in the US when the ADA was first introduced.

“Enforcement is critical. The ADA does not only say what needs to be done and how it should be done, but it also provides for an avenue for recourse or for people to file a complaint if something in the law is not done.

“The government needs to take legal action to ensure the law is implemented and mitigate non-compliance and other problems,’ she says.

One measure that has proven effective, she adds, is the promotion of the law to the public to raise their awareness and providing them with the vital information.

“The US government spent a lot of money and time on this effort.”

Educating the public on the rights of the disabled is vital, she stresses.

“It will allow the community to understand that if we are not allowed to participate fully in society, it will have adverse effects on us and the whole society in general.”

Crucially, Heumann highlights, the ADA is more than a law, it is a story about the people with disabilities, especially those who came together to push for change in the 1970s and 1980s.

“The ADA is a clear indication of the power of people with disability coming together to find solutions to their predicament.

“Their push for ADA highlighted the importance of communities and how coming together can produce a strong sense of advocacy.

“Advocacy is the ability to talk to each other, not just about the problems you face but also to work on the solutions.”

And what came out clear in the global chat is the similarity in the concerns and challenges faced by the disabled communities around the world.

King Jordan, who remembers how it was before the ADA was implemented says, “Ultimately, it is the disabled themselves who need to realise that they have rights and have a right to pursue those rights.”

He shares, after he lost his hearing in a motorcycle accident when he was 21, he spent a lot of time denying the fact that he was deaf.

He says he considered himself “a hearing person who couldn’t hear for a long time.”

Now, after he managed to complete his studies and later became the first deaf president of Gallaudet University in 1988, he holds strongly to his belief that “Deaf people can do anything – but hear.”

Similarly for Ann Cody, whose life changed after she became disabled at 16.

“When I wanted to return to school after my rehabilitation in 1979, many adjustments had to be made as the infrastructure was not there then – I had to get my classmates’ agreement to carry me up to my chemistry lab. Other classrooms had to be moved to the ground floor – some money and time were needed to make other adjustments like installing an elevator.”

She says she was lucky to have a supportive coach and PE teacher who encouraged her to be active in sports even after she became disabled.

Through sports, she says, she has been able to realise herself.

“Sports is also a great convening factor. Sports have been effective in highlighting the abilities of people with disabilities and brought people with disability together and out into the public arena and made us visible to the general public,” she says, stressing that it has helped in advocating for the rights of the disabled.

Adds Cody, it is also important for families and friends to show support for the disabled and champion their rights in the community.

“They need to share and learn from each other and encourage their disabled relative to come out into the community without shame or fear.

“It is especially important in societies where the issue of shame and stigma is still a big problem.”

This is most pertinent to Malaysia where more and more people with disability have been found isolated and locked up due to their condition.

Just last Friday, a mentally-challenged woman was found in her filthy, domestic “prison” in Tumpat, Kelantan. She reportedly has been living in “lock-up”, since her parents passed away some 10 years ago and left her in the care of her six siblings.

And it seems like only yesterday when a 15-year-old disabled boy was found covered in his own urine and faeces in a flat in Negri Sembilan.

When that case broke out about a year ago, the public furore was deafening and one by one the different ministers, politicians and officials had come out to slam the way he was inhumanely treated and vow not to let it happen again. A year on, nothing much has changed.

Regrettably, the laws notwithstanding, the rescue in Kelantan shows that public awareness and attitude towards the disabled remains the biggest barrier to helping people with disability in Malaysia fulfil their potential as a valuable member of the society.

The Issues of shame and stigma need to be addressed urgently, Heumann reiterates.

“Family and friends need to play an active role in removing the stigma and shame of the disabled.

“We need to speak up on this.”

Ultimately, in countries where religion plays an important role, she stresses, the disabled community leaders need to have dialogues with the religious communities.

“The disabled community and rights activists should have dialogues with religious communities to raise their awareness on the rights of people with disability and work to help promote their rights, not look at them as objects of pity and charity,” she says.