A COLLEGE student who only wanted to be known as Cookie Monster, 19, has vaper friends as young as 14.

And, two of her girlfriends – age 19 and 20 – are sellers who conduct their business on WeChat messaging.

She also gets many invites on social media on the latest mod and liquid promotions. Vaping is so popular that “vape” was Oxford Dictionaries’ word of the year in 2014.

“Some of their family members vape too, so it’s no big deal.”

She says must-haves for trendy girls now are a smartphone, branded bag and the ­latest mod.

“It’s fun blowing vapour clouds. You can form wings and some really awesome shapes.” Unlike cigarettes which smell bad, vape liquids are aromatic and have flavours like coffee, fruits and anything else you can think of, she says. She says it has helped her friend who has been smoking since secondary school, to stop.

Salleh, 21, did it to quit smoking cigarette.

“Last time I smoked one pack a day and now I managed to stop completely. Most of my friends shifted to vape as well,’’ he says in an email interview with reporter Mienaloshyani Viruthasalam.

But for Harry, 21, he vaped to taste the hundreds and hundreds of flavours and to be able to do “O”s and other fancy vape tricks.

Asked whether he thought it was healthier than cigarettes, Harry says: “Definitely! It doesn’t contain harmful chemicals, unlike cigarettes. For those who are trying to quit smoking, they have a variety of flavours which contains nicotine from 3mg to 12mg. Smokers can gradually decrease their nicotine intake until they can quit smoking completely.’’

Nick Chong, the owner of Vaped.my, a Malaysian vaping guide website, thinks teenage vapers are “only a handful” as most shops turn them away. Admitting that there are always some black sheep, he says it’s much easier for minors to get tobacco cigarettes.

“Maybe they get their vape supply online. It’s difficult to verify age through websites.

“But to make an online purchase, they usually need either a credit card number, Paypal account or Internet banking facility.

“I doubt these are their own accounts,” he says, adding that parents should check their credit cards and how much allowance they’re giving their children as vape supplies aren’t cheap.

Insisting that most vapers are ex-smokers, not minors, he says underage alcohol consumption, smoking and sex are more pressing issues.

Chong, who started smoking at 17, says neither is safe but vaping is the lesser of two evils.

“The safety of vaping is debatable, but to an ex-smoker like myself, it’s given me better complexion, confidence and stamina.

“I even made it to Low’s Peak at Mount Kinabalu last month,” he says.

Meanwhile, an Education Ministry spokesperson says vaping is categorised as smoking. Both are banned in schools.

“We don’t have a separate category for vaping or e-cigarettes but it’s considered an addiction. Students who vape are treated as ­smokers.”

Vape Empire partner Aimran Abdul Rajak says there are parents who buy vape kits for their children as its 30 outlets won’t sell to minors. He says such parents are usually vapers themselves.

“Even Form Two students are smoking these days. Parents just want to help them quit.

“We also had a little girl who knew about vaping through the Internet. She dragged her dad in to help him as he was a heavy smoker.”

Sounding serious, he says, “I’d slap them” if he sees youngsters vaping.

It shouldn’t be allowed in public areas like cinemas and aeroplanes as not everyone approves of it, he adds.

“Kids blowing clumps of vape in malls are giving the industry a bad reputation.

“To limit access, the minimum price of a starter kit should be RM500 and only those above age 21 should be allowed to vape,” he says.

He says the boom among teens is largely due to cheap vaping paraphernalia flooding the market. He, however, stresses that the majority of shops here are ethical and won’t sell to those below 18.

“Kids can get it online and at night markets. It’s so easily available.

“For less than RM100, you can get a mass-produced, low quality mod with enough juice to vape for a month.

“There’s no control over who can buy or sell the mods or brew the juice.”

Rahmat warns vapers against buying from such vendors as it’s dangerous and could blow up.

“Non-smokers shouldn’t vape as there’s a risk you’ll be addicted to nicotine.

“But, if you’re going to vape, do it safely. Understand your device and how electronics work,” he says.

He, however, says it’s impossible to prevent teens from trying new things but “at least vaping is better than smoking”.

Federation of Malaysian Consumers Associations secretary-general Datuk Paul Selvaraj says anything that impacts on the health must be taken seriously.

He says vaping is an area of concern as it’s getting more popular among teens.

“We can’t say hookah, shisha or vape is better than cigarettes. The trend or techno­logy doesn’t matter.

“There must be an effective campaign to wipe out smoking in all forms.”

Non-smoking is the norm and e-cigarettes will derail that normality thinking, because it will attract especially young people to take up smoking, says Chan.

According to the WHO Global Tobacco Survey 2011, the prevalence of ENDS smoking in Malaysian adults was 0.8% – an estimated 164,000 people.

In the US, schools are getting tougher on e-cigarettes, even punishing possession of the devices more harshly than regular cigarettes.

A government survey of more than 41,000 students showed that e-cigarettes, which can also be used for illegal substances like marijuana, have surpassed traditional smoking in popularity among teens.

ENDS are banned in countries like Cambodia, Australia, Canada, Mexico and the United Arab Emirates.

It is banned from public places and subject to the same tight controls as tobacco in France. 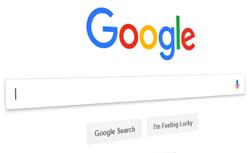 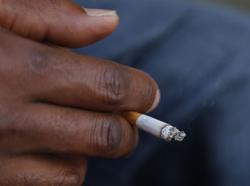