Youth drowns in Teluk Chempedak despite being warned of rough seas

KUANTAN: A youth drowned at the Teluk Chempedak beach here Saturday after ignoring a warning on rough sea conditions from a Civil Defence Department lifeguard on duty.

The body of V. Saravanan, a Universiti Tenaga Nasional (Uniten) student, was found on some rocks in the sea at about 2.30pm Saturday.

His friend, D. Dinesh, was saved by lifeguards on the beach.

Lifeguard Mustaqim Ariff said he spotted the duo near the beach about 2pm and warned them that the choppy seas was not safe to swim in.

Both Saravanan and Dinesh, however, did not to heed the lifeguard's advice.

Mustaqim also said that a red flag was put up so to warn visitors against going into the water.

"They disappeared just minutes after the advice was given. I heard shouts for help and it was the two who were in trouble.

"One of them was waving his for help hand and struggling in the water while the other one disappeared under the waves," said Mustaqim.

He said that he managed to pull Dinesh to safety and the body of Saravanan was found on some rocks ten minutes later.

Saravanan's body was sent to the Tengku Ampuan Afzan Hospital here for a post-mortem while Dinesh was warded at the same hospital for observation. 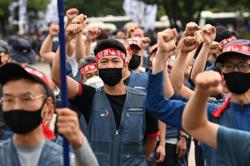 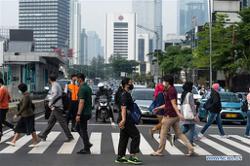