KUALA LUMPUR: Cheong Mei Kuen, who claims to be the wife of late banker Hussain Ahmad Najadi, is objecting to Pascal Ahmad Najadi's bid to be administrator of his late father's estate.

Cheong, 49, is claiming that she is lawfully married to Hussain Ahmad, who is the Arab Malaysian Banking group founder, as their marriage was registered in Australia.

The woman who was injured during the shooting incident last year, said she has an interest in the deceased's estate.

Hussain Ahmad, 75, an Iranian, was shot at close range at a parking lot while leaving the Kuan Yin Temple in Lorong Ceylon on last July 29.

He died at the scene.

Yesterday, High Court Judicial Commissioner Vazeer Alam Mydin Meera has set May 23 to hear an application by Cheong to oppose Pascal's bid to get a letter of administration for his late father's property.

Speaking to reporters here, Dharmesh said that the civil judge wanted to hear submissions by parties on why Pascal should not be given the letter of administration over the property in view of him having already obtained a Syariah court order that he was the sole heir for Hussain Ahmad.

"The question for determination by the High Court is whether or not a non Muslim is entitled to benefit from the estate of a deceased Muslim in the absence of a written will," he said.

Dharmesh contended that the determination of who are the beneficiaries of the estate of a deceased falls exclusively within the jurisdiction of the Syariah Court.

"In this case, it has been established pursuant to the Laws of the Faraid (Islamic law of inheritance and distribution) that Pascal is the sole beneficiary of the estate of his late father .

"This has not been challenged and is therefore valid and enforceable," he added.

When asked later, Joshua said that the suit would involve the interpretation of law with regards to the wife's rights to the property.

"The Syariah court did not recognised her as his wife. She is married to him in Australia," Joshua claimed.

The Syariah Court had on last October held that Pascal was the sole heir of the deceased. Syarie judge Nassir Abdul Aziz said based on the court documents, it found the banker had left a biological son consistent with Syariah and Faraid.

As the sole heir of murdered banker, Pascal has inherited RM1.82mil in cash and shares from his father under the Faraid law.

However, Nassir directed Pascal to first settle his father’s Alliance Bank credit card balance of RM32,208 and other debts before the transfer of property to him.

Pascal, 46, who is chairman and CEO of merchant finance advisory firm Najadi & Partners Sdn Bhd, had made an application for the Faraid ruling under Section 50 of the Administration of Islamic Law (Federal Territories). 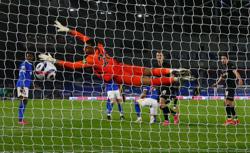