Bomoh Ibrahim performing a prayer for the second time to locate Malaysia Airlines flight MH370 at KLIA, Sepang on Wednesday.

Ibrahim, who calls himself Raja Bomoh Sedunia Nujum VIP with the title of Datuk Mahaguru, conducted the rituals at the Kuala Lumpur International Airport (KLIA).

He was accompanied by several assistants who helped in the rituals using "Zam-Zam" water, two coconuts, a "magical" walking stick and carpet.

The session that was held at the Anjung Tinjau of KLIA attracted a crowd of people.

"The purpose of the rituals is to weaken the bad spirits so that the rescuers can find the plane if it indeed had crashed," he told reporters. 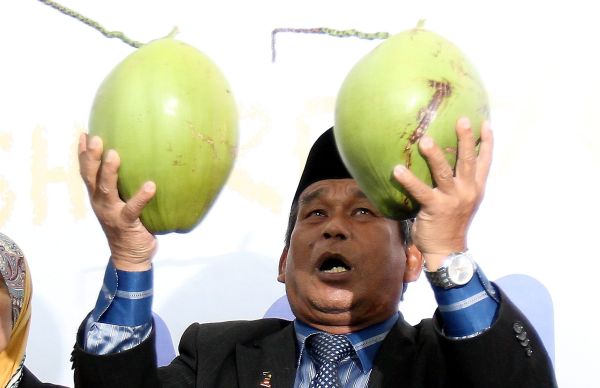 Ibrahim performing his ritual at the KLIA on Wednesday.

Ibrahim said the symbolic rituals have been used for many generations.

He clarified that he was doing it on his own free will despite reports that leaders of the country invited him.

On Monday, Ibrahim used a binoculars made of bamboo and a fish trap hook during his first session of rituals at KLIA to help locate the missing aircraft.

Bernama reported that Ibrahim, who has 50 years of experience as a bomoh, had become popular after offering his service to search for the victims in several major cases such as the Highland Towers tragedy and the Mona Fendy case.

A 25-second video of Ibrahim's second session has gone viral. 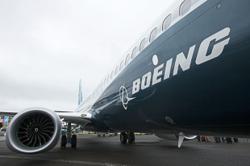 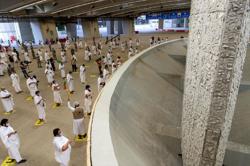 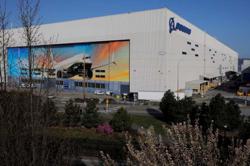