ZIKRY Kholil incites the minds of young and old. While the word “incite” conjures up chaotic images, this Malaysian has chosen to give the word a flip by injecting positivity to it; promoting peace and unity.

The 27-year-old is the co-founder of Incitement, a global movement based on talks where speakers share stories, visions and ideas to incite positivity into others.

Though it sounds similar to TED Talks or your humdrum session of keynote speakers followed by Q&As, it is no clone. The fact that all Incitement events are free is noteworthy enough.

Incitement talks are laid back. Audiences sit on bean bags, the speakers engage the crowd through mini-exercises and there are activities between talks which involve crowd participation.

These aren't the sort of lectures one would fall asleep during and that’s the reason this movement has grown to be present in 32 countries ever since its inception on November 11, 2011.

Two years into its launch, Incitement has grown to more than just talks.

“The basis of the impact that we have for Incitement is personal growth but Incitement is no longer a talk anymore, its a global organisation that focuses on helping people and the environment. It is a social business,” said Zikry who co-founded Incitement with his Dutch colleague Daniel de Gruijter.

Incitement was featured on CNN a few week ago, and its growth is reflected by the fact that participants of the talks turned their inspirations into actions by approaching Zikry and Daniel to start initiatives under the Incitement umbrella.

Zikry and Daniel still take charge of Malaysia’s Incitement talks while they oversee the progress of the sister initiatives of Incitement and the movements overseas.

Here is an overview of the four sister initiatives of Incitement that is ongoing in Malaysia now.

The first sister initiative, Incitement Growth was proposed and is run by a refugee homes volunteer that attended the Incitement talks. Today, the initiative has its own team of volunteers that visit different refugee schools on a weekly basis where the volunteers teach the refugees to pitch, the art of public speaking and dreaming big.

From a participant who felt uneasy about Toastmasters club who decided to spread his love of public speaking to others for free through Incitement Speakup. The course consist of nine sessions which participants will learn on improvisation and persuasive styles, psychology and branding.

As Incitement talks are attended by a majority of young adults, a few college students recognised the need of empowerment among their own peers as well. They introduced Incitement Youth that is held at colleges with themes targeted to the younger audience applying the same flow of events held at Incitement talks.

With Incitement always encouraging people to pursue their dreams, Incitepreneurship Program is for those who have an idea to launch their own business but not knowing how to start. Participants will have to attend a one-day workshop and coached by mentors thereafter.

For further insight on the Incite story and getting to know Zikry better, read today’s cover of R.AGE. 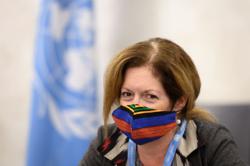 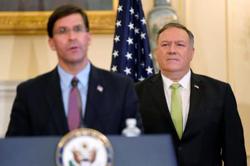