KUALA TERENGGANU: A man and his two teenage sons escaped a fiery end when their boat caught fire at a jetty in Kampung Losong Panglima Perang here.

One of the boys, however, suffered burns on his legs, arms and face and was rushed to the Sultanah Nur Zahirah Hospital yesterday morning.

Harif Fadhilah Hashim, 54, said he had borrowed the boat from a friend as he planned to spend Malaysia Day sailing and snorkelling in Pulau Kapas with his sons Haikal Amsyar, 16, and Hazman, 18.

“After filling up the gas tank, I tried to get the engine running but it suddenly caught fire,” he said at the hospital.

Harif Fadhilah said the three of them immediately dived into the river and swam to safety. He later realised that Haikal Amsyar had sustained burns on his limbs and face.

Terengganu Fire and Rescue Operations spokesman Mohd Rozairi Abdul Rahim said a team of firefighters rushed to the scene after receiving information about the incident.

“When we arrived at the jetty, the seven-metre-long boat was almost completely torched and the injured victim had been taken to the hospital by the public,” he said, adding that the losses and cause of fire were being investigated. 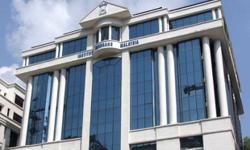